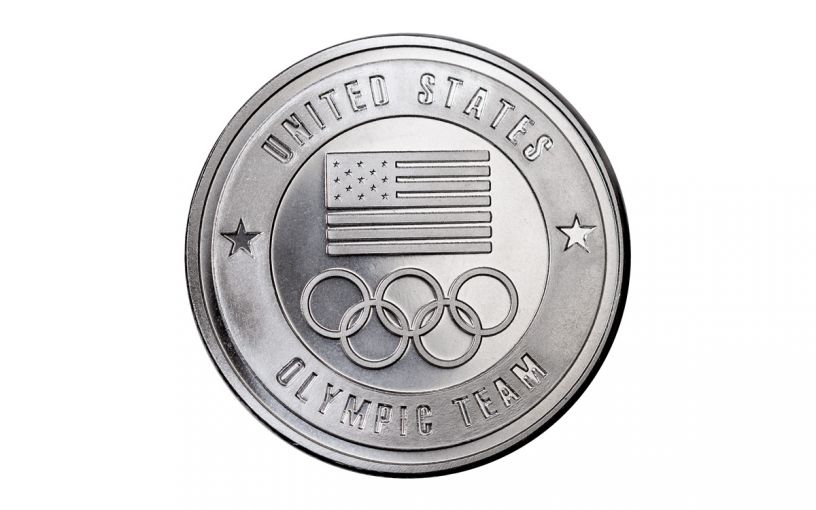 Availability: Out of Stock
This item is currently Out of Stock. Please sign up to be notified if this product becomes available.
Item #
353771
Add to Wish List Add to Wish List Wishlist is for registered customers. Please login or create an account to continue. Add to Compare

You’ll Be a Medal-Winner with These Official Team USA Olympic Silver Rounds!

Since the first modern Olympic Games were held in 1896, no nation has won more medals than the United States – and unlike the rest of the world’s nations vying for glory, Team USA has accomplished it all without any government funding. Just think of the great moments our nation’s Olympic athletes have provided us with:

These and other memories are just some of the moments that have made the United States the most decorated nation in Olympic history. With the 2020 Tokyo Summer Olympics right around the corner, this is the perfect time to show your pride with these official United States Olympic Committee One-Ounce Silver United States Olympic Team Rounds. Each is struck in 99.9% fine silver and comes in Uncirculated condition.

The medal features the Team USA symbol framed by a pair of laurel leaves along with the silver weight and purity. And, instead of showing the date of issue, these silver rounds display the year 1896 to pay tribute to when the first modern Olympics were held. Sports fans, coin collectors and silver stackers are sure to appreciate these wonderful collectibles. Show your Olympic spirit and add one – or several – of these One-Ounce Silver United States Olympic Team Rounds to your collection!