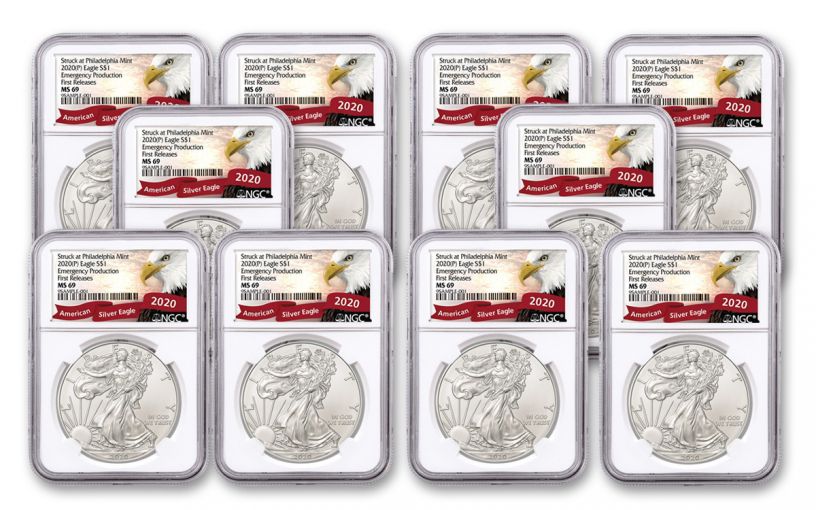 Availability: Out of Stock
This item is currently Out of Stock. Please sign up to be notified if this product becomes available.
Item #
363437

KEY FIRST RELEASES CERTIFICATION – NGC has certified that these Silver Eagles are First Releases (FR) coins, meaning that they were among the first struck by the mint and was verified within the first 30 days of issue.