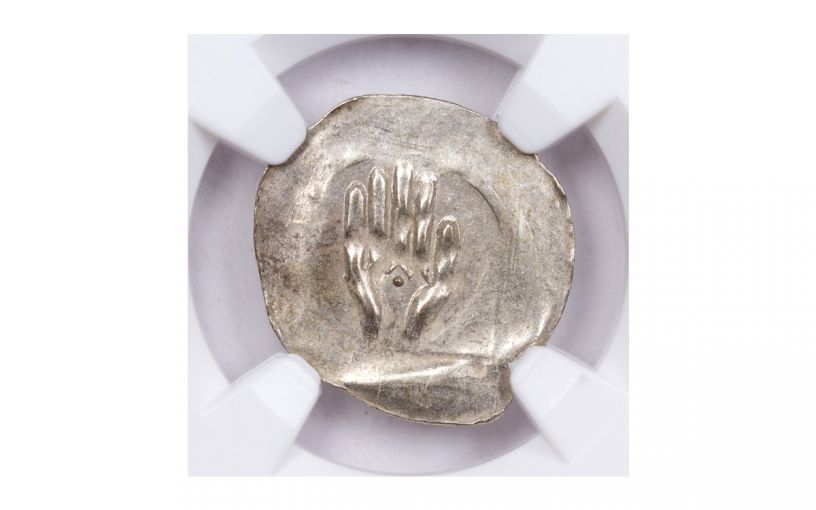 Availability: Out of Stock
This item is currently Out of Stock. Please sign up to be notified if this product becomes available.
Item #
340934
Add to Wish List Add to Wish List Wishlist is for registered customers. Please login or create an account to continue. Add to Compare

This Heller was one of the most popular and circulated coins throughout most of Europe. Your Heller comes graded by the Numismatic Guaranty Corporation (NGC) as being in Mint State 64 (MS64) condition, meaning this is an unusually well-preserved coin with an average or better strike with no trace of wear and only miniscule imperfections – an extremely high grade for a coin six centuries old! It also comes displayed in an NGC Story Vault case that contains both the coin and an illustrated storycard that tells about the rich history behind this fascinating piece. Add it to your cart and make today your lucky day!