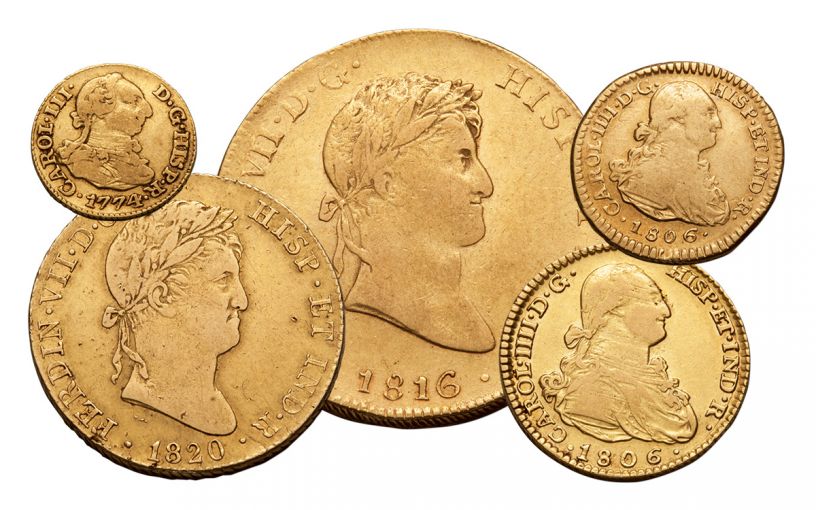 Availability: Call-In Only
This item is only available on a Call-In basis. Please call 1-800-510-6468 to speak to a representative.
Item #
303701
Add to Wish List Add to Wish List Wishlist is for registered customers. Please login or create an account to continue. Add to Compare

Fortunately, our buyers have located a small number of Escudos from 1742-1833 -- the years that they were highly prized in colonial and post-independence America. Order now and we'll choose one Escudo in Very Fine (VF) condition each from the five denominations (1/2, 1, 2, 4, and 8), minted during the reign of either King Ferdinand VI (1742-1759), King Carlos III (1759-1788), King Carlos IV (1788-1808) or King Ferdinand VII (1808-1833), to send directly to you. Each coin in the set comes sealed in its own acrylic numismatic capsule, presented together in a specially crafted wood presentation case and accompanied by a certificate of authenticity along with a Gold Escudos story booklet and checklist. We only have a few of these Gold Escudos sets in our vault. Due to their exceptional condition, we're not expecting them to stay ours for long -- make one of these sets yours today!