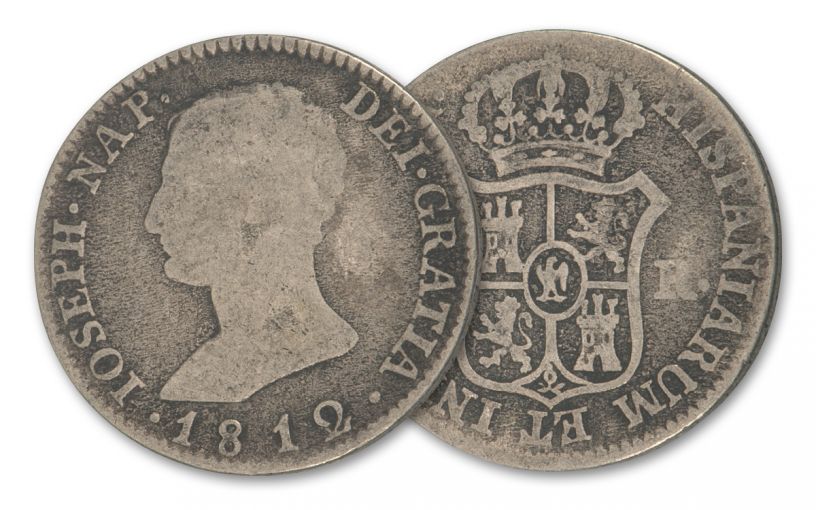 Availability: Available for Order
This item will ship 03/09/21
Item #
333502
CC Payments as low as
$99.50 / month
Add to Wish List Add to Wish List Wishlist is for registered customers. Please login or create an account to continue. Add to Compare

The old adage of “It’s not what you know, but who you know” certainly played a role in Joseph Bonaparte’s ascension to the Spanish throne in 1808. Yes, you read that right… Joseph Bonaparte.

The exploits of Napoleon Bonaparte on his path to proclaiming himself Emperor of France are well-known. His first name alone fills people with visions of epic conquests, grand set piece battles and the pomp of imperial Paris where Napoleon reigned supreme with the glamourous Empress Joséphine at his side. The name of Joseph Bonaparte, however, usually results in blank stares and patronizing questions that ask, “Don’t you mean Napoleon?”

Well, here’s the story: Joseph, or Ioseph, was the older brother of the famous conqueror. He was initially made King of Naples and Sicily in 1806, but in 1808 Napoleon stripped him of that title and installed him instead as the king of Spain. This was rough news for Joseph, who had been popular in Naples and now found himself extremely unpopular in Spain. His detractors referred to him as “Joe Bottle” for his alleged proclivity to drinking copious amounts of alcohol. His arrival also sparked a Spanish revolt against French rule. Following a series of battlefield losses, Joseph abdicated and returned to Paris. After Napoleon’s final defeat at Waterloo, Joseph fled to the United States, where he survived by selling jewels he had stolen from Spain.

In an effort to prop up his older brother’s tenuous reign in Spain, Napoleon had this 4 Reales silver coin struck with Joseph’s likeness to help solidify his new rule. It did not last long, however – Joseph ruled from only 1808 until 1813. Joseph was never accepted as the legitimate king of Spain and during his reign Mexico and Venezuela both declared independence. He wielded little power, with his generals checking with Napoleon before obeying any of Joseph’s orders.

Because the Bonapartes were so unpopular in Spain, most coins bearing their effigies were destroyed – making this piece quite the find, especially pieces like this in Fine to Very Fine (F-VF) condition. Seize this opportunity and secure one of these coins for your collection today! Date and condition varies.

Historians will never confuse Napoleon with his older brother, Joseph – unless they take a look at these coins! Don’t miss your chance to obtain one of these popular collectibles from the heyday of Napoleon’s European empire.