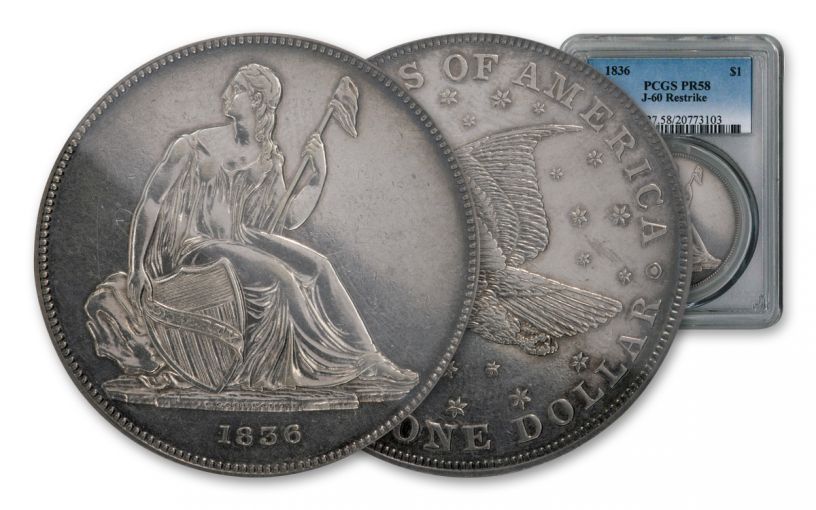 Availability: Call-In Only
This item is only available on a Call-In basis. Please call 1-800-510-6468 to speak to a representative.
Item #
337947
Add to Wish List Add to Wish List Wishlist is for registered customers. Please login or create an account to continue. Add to Compare
Product Description

A Must-Have For Silver Dollar Collectors

Of those original 1,600 coins, the Professional Coin Grading Service (PCGS) and the Numismatic Guaranty Corporation (NGC) have only graded a combined 288. That means there’s only a scant 288 coins certified by PCGS or NGC for the millions of silver dollar collectors in the United States – let alone the rest of the world. If you’re looking for competition, you’ve found it! The Smithsonian® does not even have an example of this coin!

A coin like this can only be seen today in elite collections, and only when its owner decides to share what they’ve secured. They then quickly disappear once again, unlikely to return to the public eye anytime soon.

The coin our experts have located is one of the original 1,000 struck in 1836. A beautiful coin, it grades as Proof-58 (PF58) condition by PCGS. In total PCGS has graded only 319 of these coins, with only 108 grading higher. That makes this not only a prized possession, but also a relatively affordable grade.

There are simply not enough of these coins to go around, but no Silver Dollar collection is complete without one. Will you let it slip back into someone else’s private collection, or will you move quickly to secure it for yourself today?

By securing this historic piece of numismatic history, you will appreciate the terrific history behind the Gobrecht Silver Dollars and the evolution of America’s silver dollar. Reserve it now and make it a crown jewel of your personal collection!