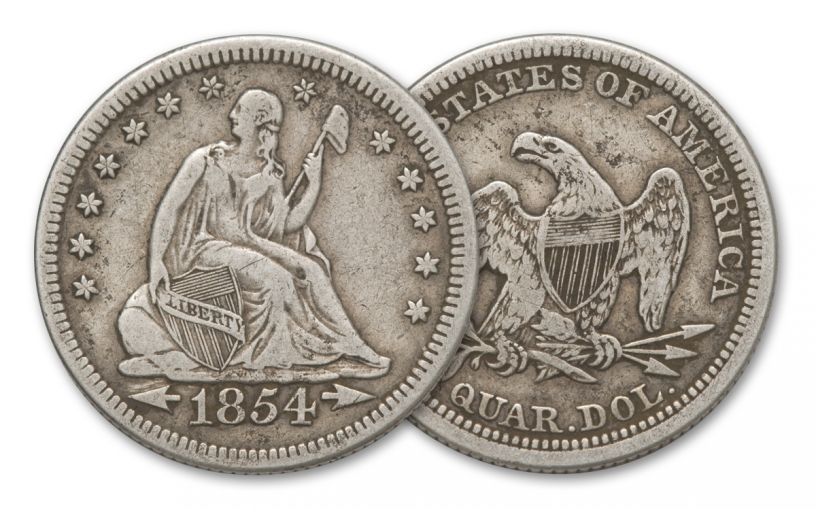 Availability: In Stock
This item will ship within 2 business days.
Item #
334382
Add to Wish List Add to Wish List Wishlist is for registered customers. Please login or create an account to continue. Add to Compare

Philadelphia, We Have a Problem

By 1854, the U.S. Mint was facing a serious problem – the silver used to strike its Seated Liberty Quarters was worth more than the coin’s face value! Once people started melting their quarters, it was clear something needed to be done. For just two years—1854 and 1855—the U.S. Mint struck Seated Liberty coins with a lower weight of silver, and signified the change by adding a pair of arrows that point outward from the date on the coin. Since these coins circulated so heavily, most have worn down, or were later melted for their 90% silver content. Thankfully, we’ve secured a small number in Extremely Fine (XF) condition. Secure yours today!