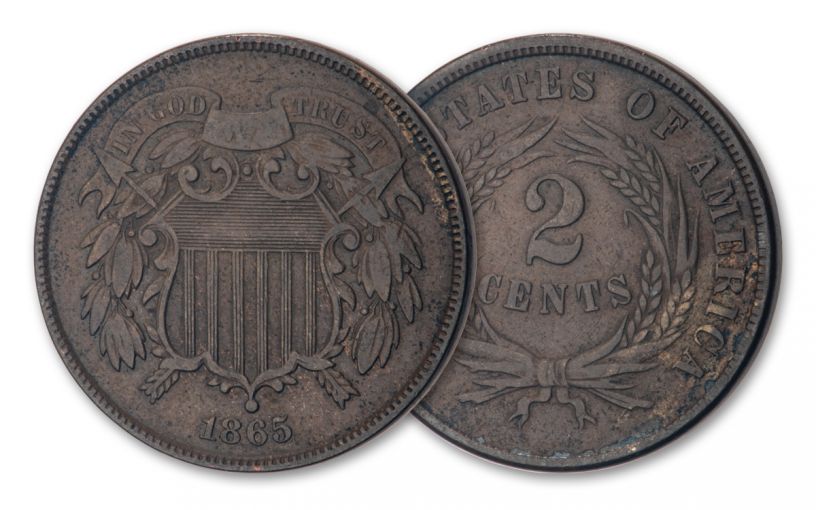 Availability: In Stock
This item will ship within 2 business days.
Item #
354783
Add to Wish List Add to Wish List Wishlist is for registered customers. Please login or create an account to continue. Add to Compare

The American Two-Cent Piece: The First Coin to Display “In God We Trust”

After the outbreak of the Civil War in 1861, coinage virtually disappeared in the United States. People feared the worst and held on tightly to their precious metals. So, for just nine years, from 1864 to 1872, the U.S. Mint struck a copper Two-Cent Piece, and it was readily embraced by the American public.

More importantly, it was the very first coin in U.S. history to ever display the motto “In God We Trust.” The coin was struck as a way to show that God was on the side of the Union during the Civil War and that the lives “sacrificed upon the altar of freedom” had not died in vain. As such, the coin also served as a unifying force for citizens who felt that their lives and country were at risk during the war.

Unfortunately, the piece didn’t last – with the release of the Three Cent Nickel in 1865 and the Shield Nickel in 1866, the Two-Cent Piece became less and less used and was finally abolished by the Coin Act of 1873. Now you can acquire this fascinating piece of American Civil War history in Very Fine (VF) condition. The coins available in this offer were all struck for circulation between 1864 and 1872 and dates will vary.

With its Civil War-era origin and key, first-ever IN GOD WE TRUST motto, these Two-Cent Copper Coins are perfect for any collection of classic American coins. Click one to your cart today!