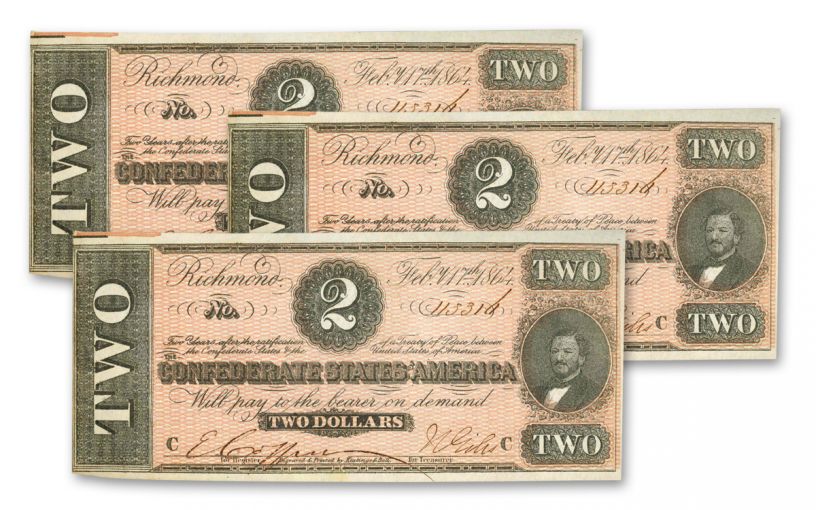 Availability: Out of Stock
This item is currently Out of Stock. Please sign up to be notified if this product becomes available.
Item #
341737
Add to Wish List Add to Wish List Wishlist is for registered customers. Please login or create an account to continue. Add to Compare

Here's your chance to secure a 3-note set with hand-written, consecutive serial numbers. Only one 3-piece set exists in our vault, so be sure to secure these exciting pieces of Civil War history today!