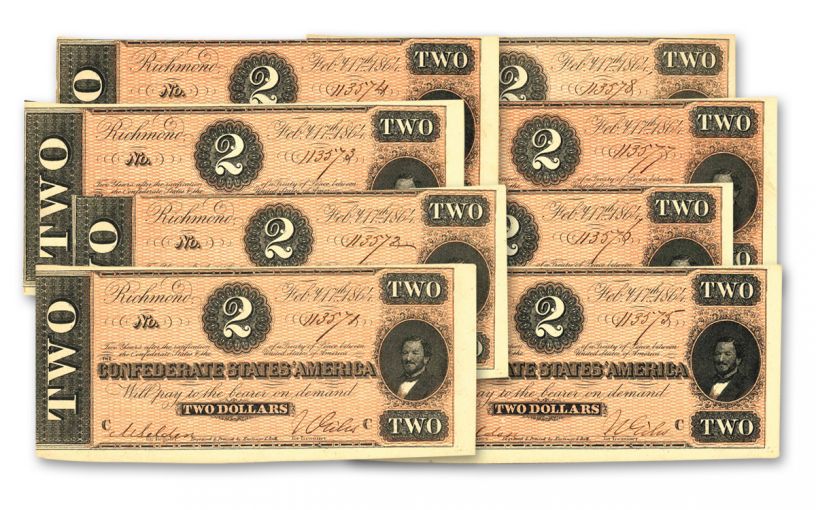 Availability: Call-In Only
This item is only available on a Call-In basis. Please call 1-800-510-6468 to speak to a representative.
Item #
341724
Add to Wish List Add to Wish List Wishlist is for registered customers. Please login or create an account to continue. Add to Compare

Here's your chance to secure an 8-note set with hand-written, consecutive serial numbers. Only one 8-piece set exists in our vault, so be sure to secure these exciting pieces of Civil War history today!