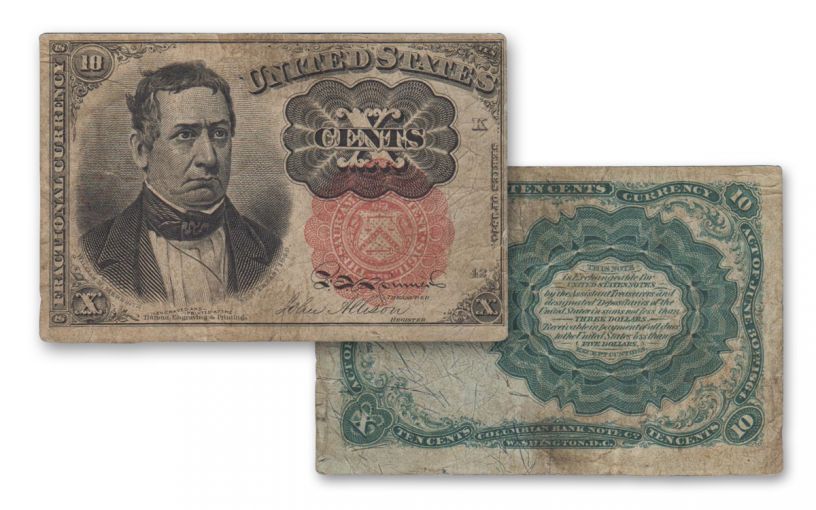 Availability: In Stock
This item will ship within 2 business days.
Item #
339796
Add to Wish List Add to Wish List Wishlist is for registered customers. Please login or create an account to continue. Add to Compare

Tell a child that you used to see two-dollar bills in circulation, and they won’t believe you. Tell them that dimes and half dollars used to be pieces of paper, and they’ll walk right out of the room. That is, unless you have one of these to show them!

First issued during the Civil War, these 10 Cents Fractional Currency Notes stood in for the circulation coinage that had stopped circulating. Folks were too afraid of losing their wealth, and instead hoarded their coins. Fractional was very short-lived, however, and was issued after the Civil War only until 1876. This 10-Cent note issued in the fifth series printed from 1874-1876 is the last of its kind, as fractional currency was never issued in the United States again! Secure your note now in Fine condition.