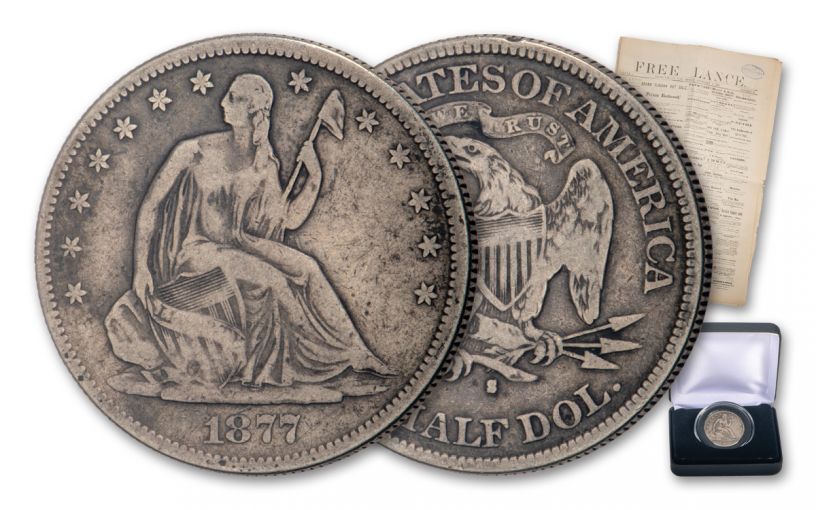 Availability: In Stock
This item will ship within 2 business days.
Item #
347893
Add to Wish List Add to Wish List Wishlist is for registered customers. Please login or create an account to continue. Add to Compare

Vintage Silver Half Dollars from the Old West

During the glory days of the Old West, these Seated Liberty Silver Half Dollars circulated widely. Prior to 1878, it was the largest silver coin issued for circulation by the U.S. Mint, struck in 12.5 grams of 90% silver. These particular coins come dated between 1875 and 1877 – more than 140 years ago – and feature the famous “S” mint mark of the San Francisco Mint. Just think of the history these coins represent. These were the years that really put the “Wild” in the “Wild West!”

Known for its incredible quality, the San Francisco Mint also struck fewer Seated Liberty coins compared to other mints. For example, the Philadelphia Mint struck nearly 10 million more of these coins between 1875 and 1877! Your coin will arrive in Very Good (VG) condition, accompanied by an authentic vintage 1876-dated newspaper issued in California. Date varies.