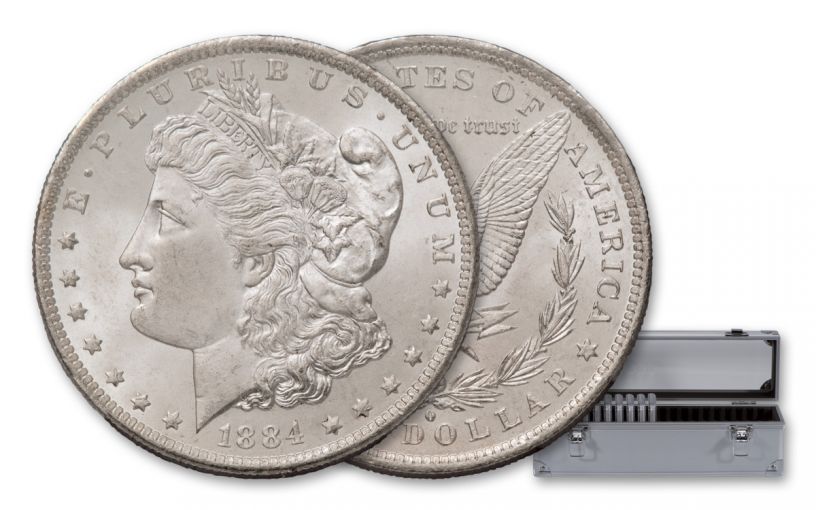 Availability: Call-In Only
This item is only available on a Call-In basis. Please call 1-800-510-6468 to speak to a representative.
Item #
332110
Add to Wish List Add to Wish List Wishlist is for registered customers. Please login or create an account to continue. Add to Compare
Product Description

On April 23, 1918, the Pittman Act was enacted. A Law sponsored by Nevada Senator Key Pittman, it directed the government of the United states to collect massive quantities of U.S. silver dollars and melt them down, both for sales to Great Britain, and for the striking of new U.S. silver dollars.

At the time, the Morgan Silver Dollar was still in use, having been struck from silver mined from the famous Comstock Lode in the days of the Wild West. Hundreds of millions of these coins were struck, but thanks to the Pittman Act, hundreds of millions were bought up by the U.S. government and melted down. This single act, plus the ravages of time and circulation, has led experts to believe that as little as 15% of all Morgans still exist today in any condition.

For the 100th anniversary of the Pittman Act, we’ve secured a Morgan set containing TEN Morgan Silver Dollars that survived the Pittman Act – and more than a century – in high-grade Mint State-65 Brilliant Uncirculated condition. This set of Morgans includes mintmarks from the Philadelphia, New Orleans and San Francisco Mints, including the first five Morgans struck at the San Francisco Mint! Each coin comes in a Numismatic Guaranty Corporation (NGC) holder with an exclusive Pittman Act label. Your set will also be accompanied by the book Morgan Dollar by Miles Standish, story booklets about the historic U.S. Mints and the Comstock Lode, and a Morgan checklist.

It’s been estimated that perhaps only 15% of all Morgan ever struck remain in existence today thanks to the ravages of time and mass meltings such as the Pittman Act. Few still exist in the high grade that these coins are graded in. Don’t wait for this offer to melt away – secure yours now!

The total amount of Morgan Silver Dollars has seen significant evaporation into both collections and the melting pot. Once our supply of 1878-1887 Morgan Sets disappears, there’s no telling when – or even if – they’ll be offered again. Secure one in your cart today!