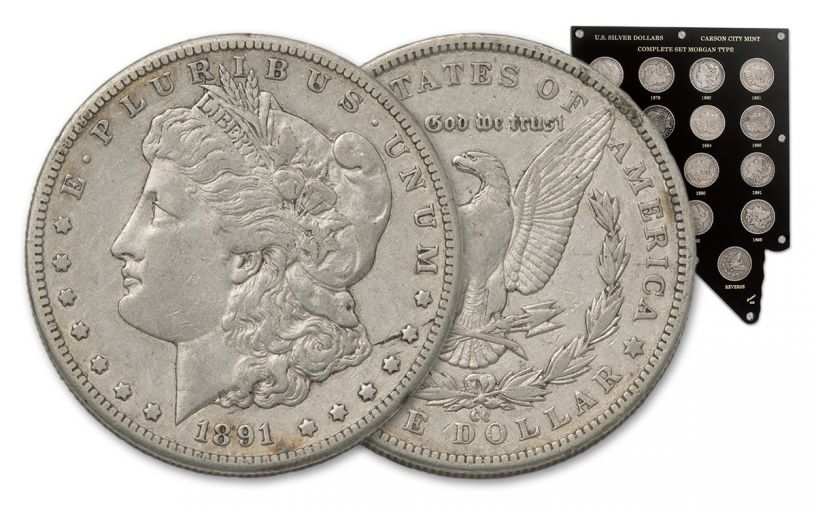 Availability: Call-In Only
This item is only available on a Call-In basis. Please call 1-800-510-6468 to speak to a representative.
Item #
298410
Add to Wish List Add to Wish List Wishlist is for registered customers. Please login or create an account to continue. Add to Compare

All 13 historic Carson City Morgans are included in this set, plus an extra coin to showcase the Morgan's reverse. All come in circulated Fine or better condition, housed in a unique plastic holder shaped like the coin's home state of Nevada. It's estimated that as little as 15% of all Morgans struck continue to exist today, the rest being melted down for their precious metal content years ago. Don't miss this chance at a complete set of Carson City Morgan Silver Dollars!