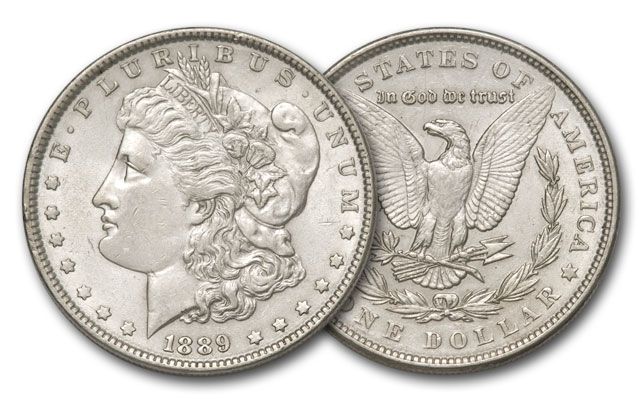 Availability: In Stock
This item will ship within 2 business days.
Item #
225245
Add to Wish List Add to Wish List Wishlist is for registered customers. Please login or create an account to continue. Add to Compare

Struck over 110 years ago, Morgan Silver Dollars are arguably the most loved coins in America. One of the reasons these coins are at the top of collectors' lists is that they were struck in 90% fine silver mined from the Comstock Lode in Nevada. The other reason is that they feature famed designer, George T. Morgan's rendition of Lady Liberty. It is estimated that 657 million Morgan Dollars were minted, however only a fraction of this great number remain. Some estimate the amount to be as low as 15%. Don't miss your chance to own these massive coins struck between 1878 and 1904, in blazing Brilliant Uncirculated (BU) condition. Don't wait! Collectors of all kinds are snapping up what's left. Make sure to order at least one! Dates vary.