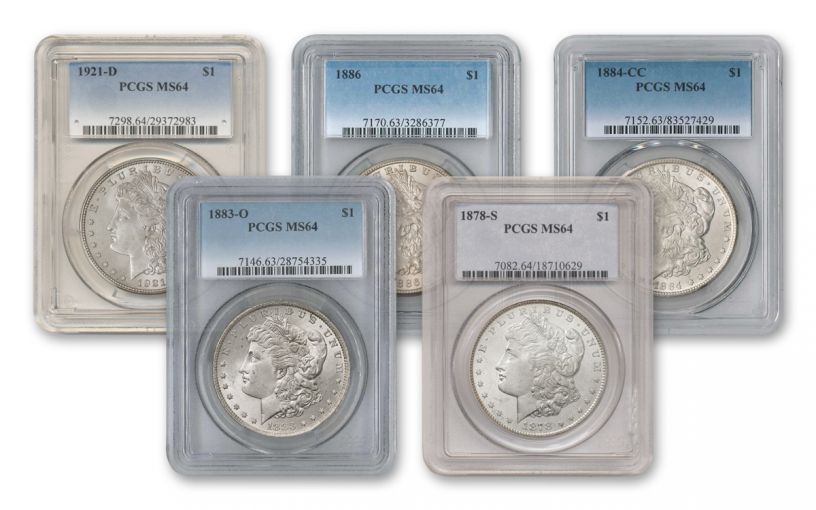 Availability: In Stock
This item will ship within 2 business days.
Item #
319984
CC Payments as low as
$331.67 / month
Add to Wish List Add to Wish List Wishlist is for registered customers. Please login or create an account to continue. Add to Compare

Born in 1878 and minted from coast to coast until 1904 (with a brief return in 1921), the Morgan Silver Dollar continues to kindle the passions of collectors across the country and around the world. But why are these coins still a hit today? Is it because of their time-honored designs, first envisioned by the British-born George T. Morgan? Maybe it's due to their famed Wild West heritage or the countless tales of Morgan hoards big and small? Or perhaps it's that experts believe that only around 15% of their original mintage still exists?

When it comes down to it, the details are just details -- all that matters is that the passion of collecting these magnificent Morgans still exists today. In this spirit, our buyers have gathered a stunning set of five Morgan Silver Dollars from all five mints that struck these legendary coins!

Spanning the entire history of the Morgan Silver Dollar as well as combining all five of its mint homes at once, this set is an easy way to add depth to your current collection or to start a new one off right! However, our buyers have collected only a limited number of these assortments -- once they're gone, we don't know when we'll be able to gather sets like this again! Don't miss out -- make one yours today!