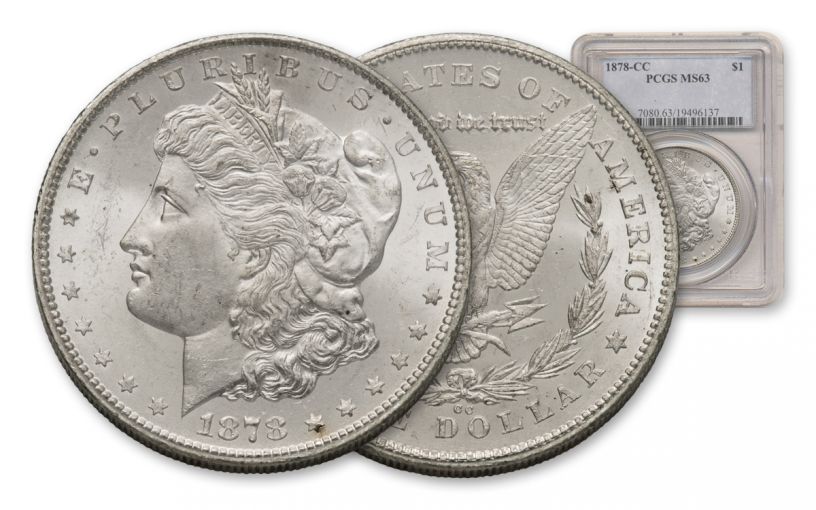 Availability: Out of Stock
Discontinued Product
Item #
242447
Add to Wish List Add to Wish List Wishlist is for registered customers. Please login or create an account to continue. Add to Compare

In the days of the Wild West, the silver dollar was king. These hefty, 90% fine silver coins circulated heavily throughout the nation – all thanks to the Comstock Lode. So, it’s no surprise that a mint sprung up in nearby Carson City, Nevada to help handle the load.

Surprisingly, the Carson City Mint struck the Morgan for only 13 years, with its total mintage for all years combined making up just 2% of the total mintage of all Morgan Silver Dollars struck between 1878 and 1921.

Now, after years of being worn in commerce, scratched in saddle bags and melted down for their precious metal, the Morgan Silver Dollar is a shadow of its former self. It’s estimated that as few as 15% of these beautiful Wild West Silver Dollars remain for modern collectors to covet and stash away in their private collections.

So, you can imagine our utter joy when we secured a number of first-year 1878 Morgan Silver Dollars bearing the precious “CC” mint mark of the Carson City Mint. Not only have these coins escaped the melting pots for more than 140 years, but each one comes certified by the Numismatic Guaranty Corporation (NGC) or Professional Coin Grading Service (PCGS) as being in incredible Choice Uncirculated Mint State-63 (MS63) condition.

Just 40 of these coins are still available, so hurry and secure yours now. Grading service varies.