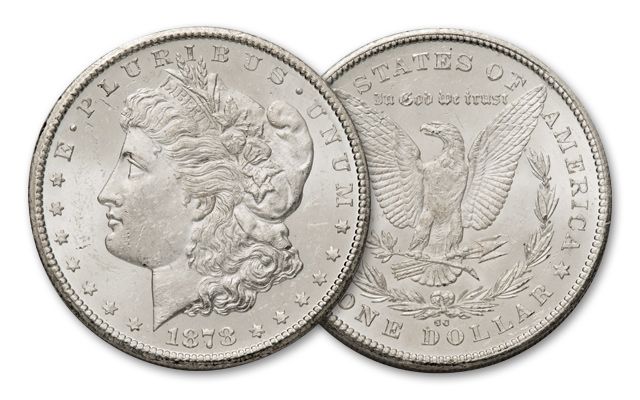 Availability: Available for Order
This item will ship 08/10/20
Item #
184402
CC Payments as low as
$225.00 / month
Add to Wish List Add to Wish List Wishlist is for registered customers. Please login or create an account to continue. Add to Compare

Morgan Silver Dollars from the Carson City Mint are notoriously difficult to find, especially in uncirculated quality. Minted in small quantities and only in a few years, they were quickly absorbed into the monetary stream in the American West. And therein lies the problem. Many coins were worn or damaged in circulation, while many more were later melted for their silver. If not for the accidental discovery of some “CC” Morgans in the U.S. Treasury vaults in the 1960s, this first-year 1878-CC coin may have always been almost impossible to find in Brilliant Uncirculated (BU) condition. It’s still exceptionally difficult to find, but we have a small number available. Add it to your collection now!