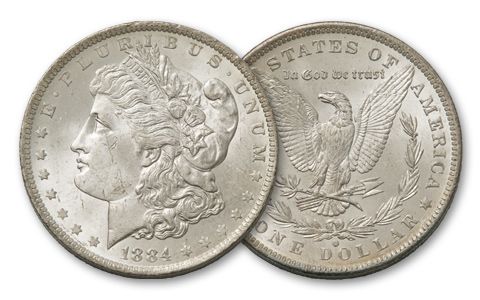 Availability: In Stock
This item will ship within 2 business days.
Item #
242530
Add to Wish List Add to Wish List Wishlist is for registered customers. Please login or create an account to continue. Add to Compare

Farewell to the "Big Easy" Mint

In the 19th century, the New Orleans Mint fed much-needed coinage into the Southern economy. And, the Morgan Silver Dollar is the most celebrated of all its strikings. The Morgans available here were minted at the "Big Easy" mint between 1879 and 1899. You might think they'd be easy to find, but they're not. Why? Well, millions were melted in World Wars I and II to support the war efforts. As a result, they're hard to find today. Here's your chance to get one of these celebrated "Big Easy" Morgan Silver Dollars in Brilliant Uncirculated (BU) condition. The dollars in this offer come from the heyday of the New Orleans Mint (dates vary). Call now to secure yours!