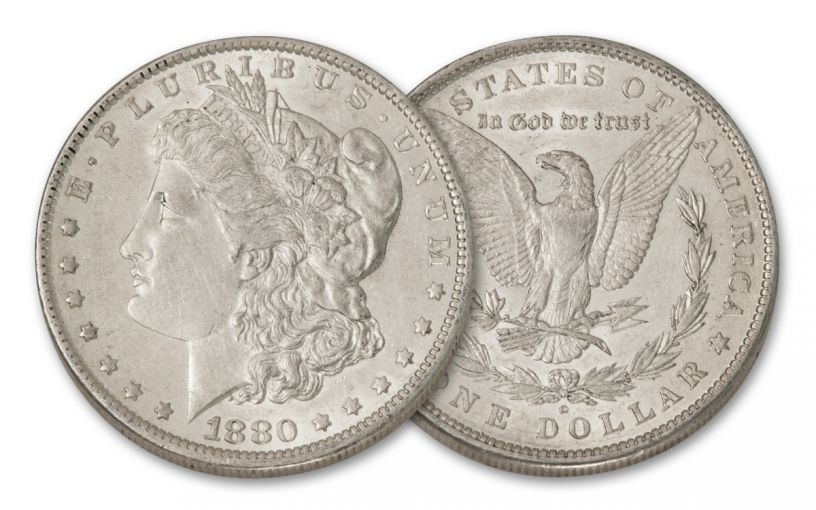 Availability: In Stock
This item will ship within 2 business days.
Item #
225251
Add to Wish List Add to Wish List Wishlist is for registered customers. Please login or create an account to continue. Add to Compare
Recommended Products
Product Description

This 1880-O Morgan Silver Dollar is just the second Morgan date struck at the New Orleans Mint. It also holds a unique place in all of Morgan history. You see, in the early years of striking these coins, the New Orleans Mint had a practice of simply repackaging coins that came back to the mint after being released into circulation. So, while a typical 1,000-coin bag of Morgans would be expected to be in Brilliant Uncirculated (BU) condition, many were in fact About Uncirculated (AU)! This is one such coin — an AU 1880-O Morgan. Could it have come from one of these returned and re-bagged coins?

Get one of the most unique Morgan Silver Dollars that exist today with this 1880-O New Orleans Mint Morgan in About Uncirculated condition!