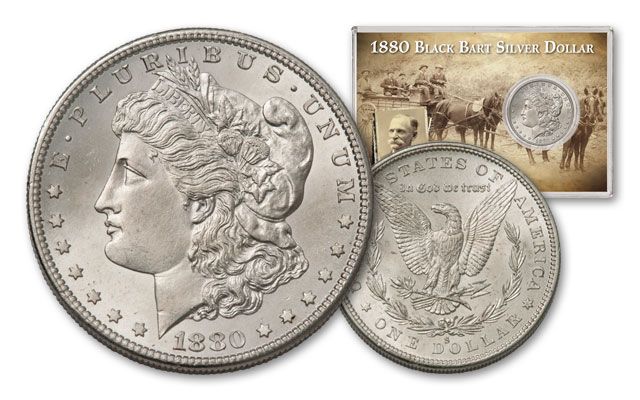 Availability: In Stock
This item will ship within 2 business days.
Item #
269875
Add to Wish List Add to Wish List Wishlist is for registered customers. Please login or create an account to continue. Add to Compare

Black Bart became a legend, earning himself the title of "Gentleman Bandit." The Civil War vet had a vendetta against Wells Fargo, and targeted their stagecoaches, making away with money and mail. Get a Morgan Dollar struck while one of California's most infamous stagecoach robbers was still at large!