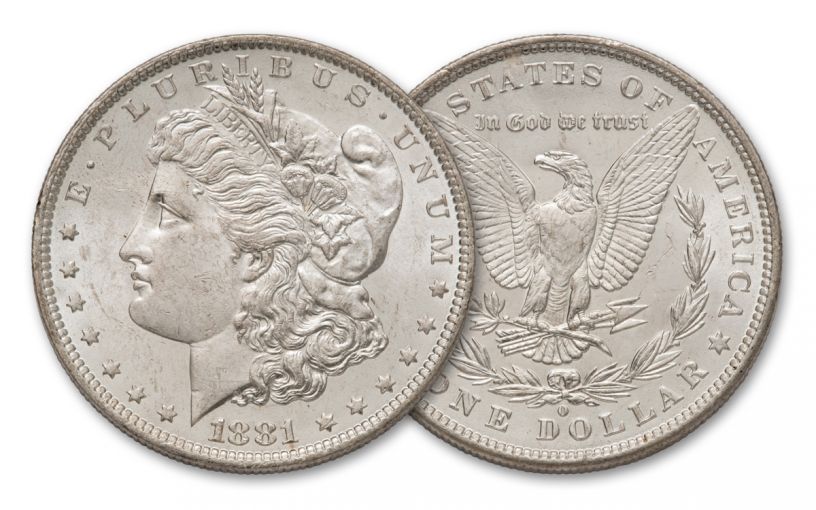 Availability: Out of Stock
Discontinued Product
Item #
223664
Add to Wish List Add to Wish List Wishlist is for registered customers. Please login or create an account to continue. Add to Compare

The Mississippi River was the nation’s original “superhighway.” During the late 1800s, paddle wheel steamers carrying riverboat gamblers, showgirls, merchants and cargo, moved up and down The Big Muddy from New Orleans to St. Paul. Traveling right along with the passengers were silver dollars like these 1881 Morgans struck at the New Orleans Mint.

Out of all the mints that struck the classic Morgan Silver Dollar in 1881, the historic New Orleans Mint struck the second fewest, with just 5.708 million minted. Compare that to the San Francisco Mint, which struck 12.76 million! The only mint that struck fewer Morgans that year was Carson City, which produced only a relatively tiny amount of coins. And of the 5.708 million struck in New Orleans that year, only 37,563 have survived to be graded in Brilliant Uncirculated (BU) condition by either the Numismatic Guaranty Corporation (NGC) or the Professional Coin Grading Service (PCGS).

Don’t miss out on the chance to own this example in stunning Brilliant Uncirculated (BU) condition. When you consider that only 20% of the Morgans struck in 1881 are from New Orleans, you get the picture of how tough this 90% silver dollar is to find. Add this lustrous 1881-O Morgan Silver Dollar to your collection now!

Don’t miss out on the chance to own this 1881-O New Orleans Mint Morgan Silver Dollar in stunning Brilliant Uncirculated condition. Order yours today!