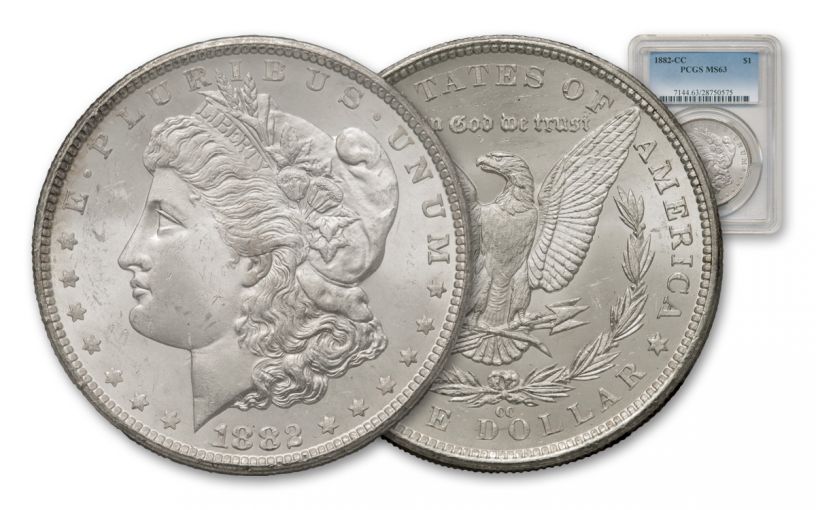 Availability: In Stock
This item will ship within 2 business days.
Item #
233873
CC Payments as low as
$225.00 / month
Add to Wish List Add to Wish List Wishlist is for registered customers. Please login or create an account to continue. Add to Compare

The Carson City Mint struck Morgan Silver Dollars between 1878 and 1893. Less than 2% of all Morgan Silver Dollars produced were struck at Carson City! This 1882 Carson City Mint Silver Dollar is a great tribute to the craftsmen at the mint. It's a superior example and displays the coveted "CC" mintmark on the reverse under the eagle. Only 1,133,000 were struck, making it the lowest mintage of all Morgan Dollars struck that year. Each year these "Comstock Lode" Morgans get harder and harder to find, so snap this one up now.

This example is certified in Mint State-63 (MS63) condition by PCGS, showcasing a good strike with a few medium-sized marks and/or hairlines throughout. In addition, your Morgan will be sonically sealed in an acrylic holder for the ultimate in protection.