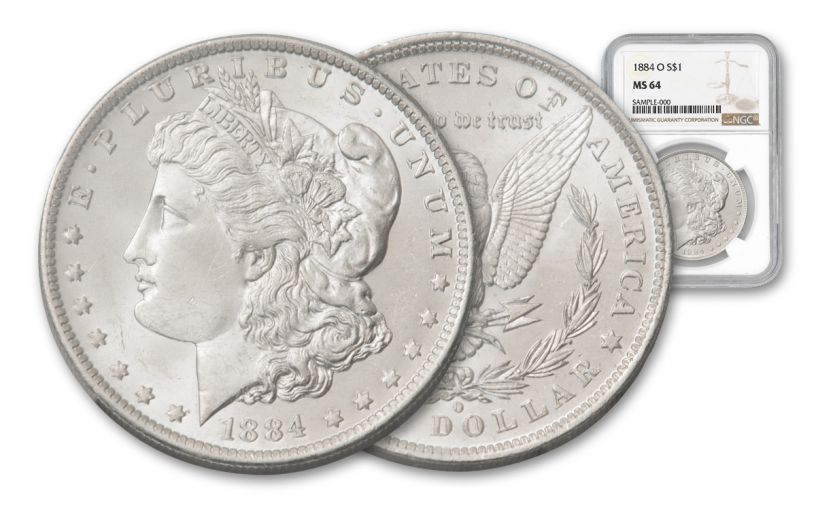 Availability: In Stock
This item will ship within 2 business days.
Item #
225236
CC Payments as low as
$84.50 / month
Add to Wish List Add to Wish List Wishlist is for registered customers. Please login or create an account to continue. Add to Compare

And of all the Morgans ever struck, some of the most unique are those struck at the fabled New Orleans Mint, the only U.S. branch mint to be controlled by three different governmental bodies — the State of Louisiana, the Confederate States of America and the United States of America. And now you secure this dazzling vintage 1884-O Morgan Silver Dollar struck at the New Orleans Mint.

This is a great way to add a key, early-date Morgan Silver Dollar struck at the New Orleans Mint to your collection. Plus, it will come certified and graded by either the Professional Coin Grading Service (PCGS) or the Numismatic Guaranty Corporation (NGC) as being in Choice Uncirculated Mint State-64 (MS64) condition! Many collectors believe that Morgans struck at the New Orleans Mint were the poorest-struck of the entire series so finding them graded in this condition is a real find. Add this stunning coin to your collection today! Grading service varies.