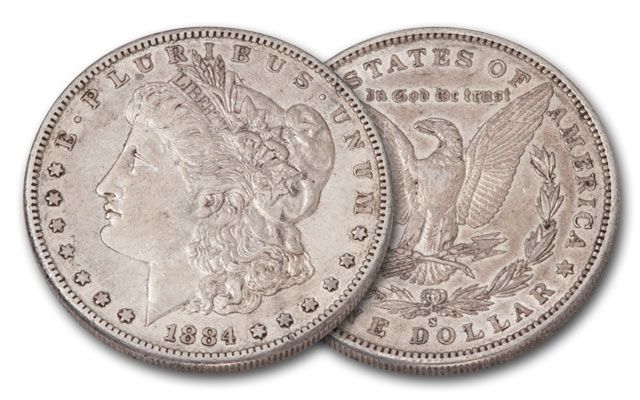 Availability: In Stock
This item will ship within 2 business days.
Item #
228394
Add to Wish List Add to Wish List Wishlist is for registered customers. Please login or create an account to continue. Add to Compare

The San Francisco mint poured out millions of Morgan Silver Dollars between 1878 and 1882. Then, inexplicably, the mintages tumbled. In 1884 the mint struck only 3.2 million coins. Today the 1884-S Silver Dollar is extremely hard to find, especially in Extremely Fine (XF) condition. This could be because most if not all were immediately released into circulation. This is a great collector grade because it shows bold detail and minimal wear. When you consider one grade higher the coin sells for six times and much and two grades higher it could cost you over $5,000, you can see why this coin makes a great addition to your collection. Don't wait. Call to secure this superb example before it disappears!