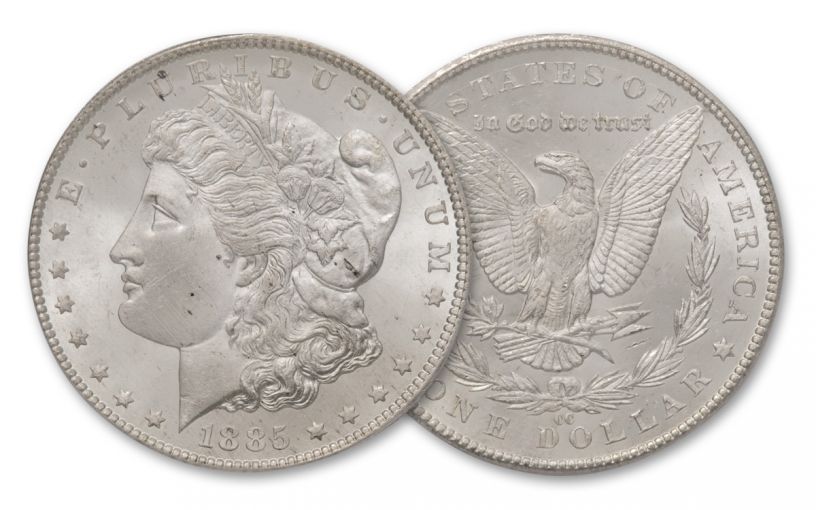 Availability: In Stock
This item will ship within 2 business days.
Item #
228768
CC Payments as low as
$299.67 / month
Add to Wish List Add to Wish List Wishlist is for registered customers. Please login or create an account to continue. Add to Compare

In 1885, the Carson City Mint only struck 228,000 silver dollars, making this date the lowest mintage of all the Carson City Mint Morgans. The "CC" mintmark is the most coveted of all the Morgans, and the history of the Comstock Lode silver used to strike these coins is legendary. Luckily for collectors, this date was somehow saved from the numerous meltdowns over the last 100 years. Although it's scarce, you can add it to your collection in Brilliant Uncirculated condition.