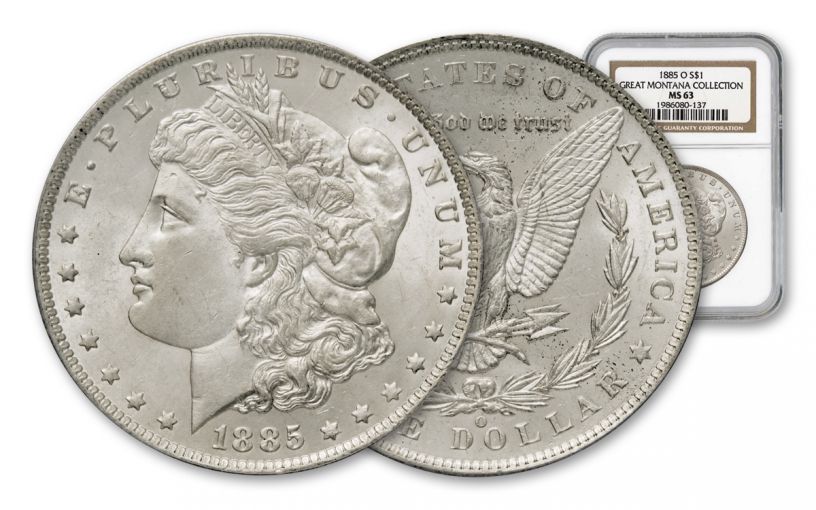 Availability: Out of Stock
This item is currently Out of Stock. Please sign up to be notified if this product becomes available.
Item #
350149
Add to Wish List Add to Wish List Wishlist is for registered customers. Please login or create an account to continue. Add to Compare

The Great Montana Collection – Zollie’s Hoard Is Your Opportunity!

When Great Falls, Montana businessman Zollie Kelman was a boy during the Great Depression, he watched while city bill collectors threatened to shut off his family’s water unless they paid the $1.81 bill immediately! His brother paid with 181 Indian Head Pennies from his collection. This experience stayed with Kelman, and during the 1950s and 1960s, he turned himself into quite the businessman. He owned a bank, the American Music Co., Zollie’s Jewelry Exchange, World Wide Press and more. He’s said to have had a hand in helping more businesses in Great Falls, Montana than any other individual. But Kelman never forgot those coins, and a hobby soon turned into an obsession.

During the 1950s and 1960s, Kelman knew that on a regular basis, an armored car company transported 1,000-coin bags of silver dollars from Minneapolis, Minnesota to Montana. So, he hatched a plan: He made a deal with the armored car company to drop off the bags at his home on the company’s regular route. Once he had the bags home, he carefully spread the coins out on his kitchen table where the entire family searched through the pile cherry picking coins for their luster, eye appeal, dates and quality. Then he’d pay for the selected coins in cash, bag the rest back up and send them on their way. He later stored the coins he kept in a concrete bomb shelter on his property. Soon, he amassed such an impressive collection it’s been given its own name: The Great Montana Collection!

In the 1970s, thanks to Kelman’s gift of gab, the word got out about his valuable hoard. One day, Kelman answered a knock on his door only to find three men in masks barge into his home! They held his family hostage and prepared to tear the home apart in search of the prized coins. Luckily, one family member managed to stay hidden and was able to phone the police. Within minutes, the house was surrounded by law enforcement officers. They freed the family and arrested the robbers. Had the attempted robbery been successful, there may never have been a Great Montana Collection!

This 1885-O Morgan Silver Dollar is from Kelman’s Great Montana Collection. It comes authenticated, graded, encapsulated and pedigreed by the Numismatic Guaranty Corporation (NGC) to be in Choice Mint State-63 (MS63) condition. This 90% silver New Orleans Mint Morgan is among the finest silver dollars in the entire collection. It will also come with a Great Montana Collection (GMC) pedigree label, a certificate of authenticity, a detailed letter and three custom storybooks.

As an added extra bonus, your coin will come with a Mammoth Gold Mining Company stock certificate. Formed in 1890 by a group of Chicago investors who acquired the rights to the Mammoth Lode, the Mammoth Gold Mining Company in its heyday regularly employed 50 miners and helped spawn the town of Coloma, Montana. As business boomed for the company in the ’90s, Mammoth managers began thinking about how they could make even more money by selling stock in the operation. As plans progressed, they created, but never distributed, this beautiful stock certificate. The front features an intricate design and a central image of a miner holding a pickaxe. The back depicts several U.S. silver coins, including a Morgan Silver Dollar. It will come in crisp Uncirculated condition, as fresh and colorful as it did when it was first produced nearly 130 years ago

Don't miss your chance to add this coin to your own personal Morgan Silver Dollar “Hoard.” Order now before these coins are stolen out from under you!