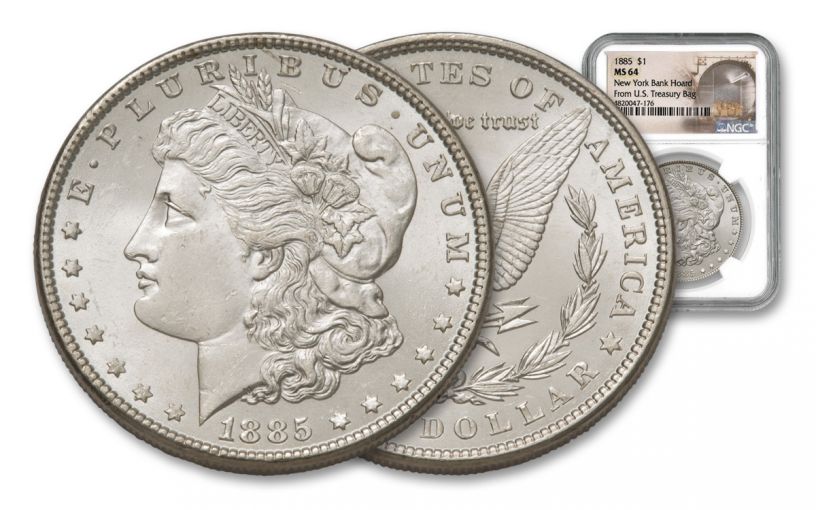 Availability: Out of Stock
This item is currently Out of Stock. Please sign up to be notified if this product becomes available.
Item #
337525
Add to Wish List Add to Wish List Wishlist is for registered customers. Please login or create an account to continue. Add to Compare

Now you can own a piece of this incredible New York Bank Hoard – the last of the Treasury Hoard bags of Morgan Silver Dollars – with this incredible key-date 1885-dated Morgan Silver Dollar struck at the “Mother Mint” – the Philadelphia Mint. Not only has this coin been graded by the Numismatic Guaranty Corporation (NGC) as being in stunning Mint State-64 (MS64) condition, but NGC has also sealed it a protective coin capsule and added a special pedigreed label certifying that it hails from the famous New York Bank Hoard of U.S. Treasury Hoard Morgan Silver Dollars.