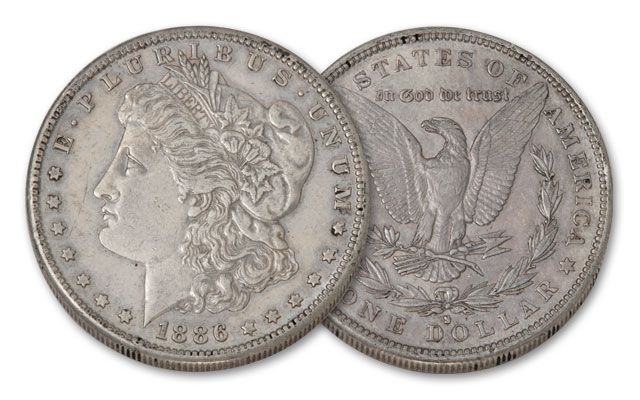 Availability: Out of Stock
This item is currently Out of Stock. Please sign up to be notified if this product becomes available.
Item #
260994
Add to Wish List Add to Wish List Wishlist is for registered customers. Please login or create an account to continue. Add to Compare

This Year the Presses at the San Francisco Mint Cooled Off

For the first six years of the Morgan Silver Dollars, the presses at the San Francisco Mint were going full steam. But in 1883, they started to cool off, and by 1886 they were practically chilled. You see, that year the mint struck only 750,000 Morgans, making this date extremely hard to find today. In fact, this elusive coin rises in value the closer the grade gets to Brilliant Uncirculated. Today the 1886-S Silver Dollar is extremely hard to find, especially in Extremely Fine (XF) condition like the coin you can secure here. This could be because most - if not all - were immediately released into circulation. And in fact, just one grade higher the coin is valued at close to double, and two grades higher it can sell for four times as much. Don't wait. Call to secure this superb example before it disappears!