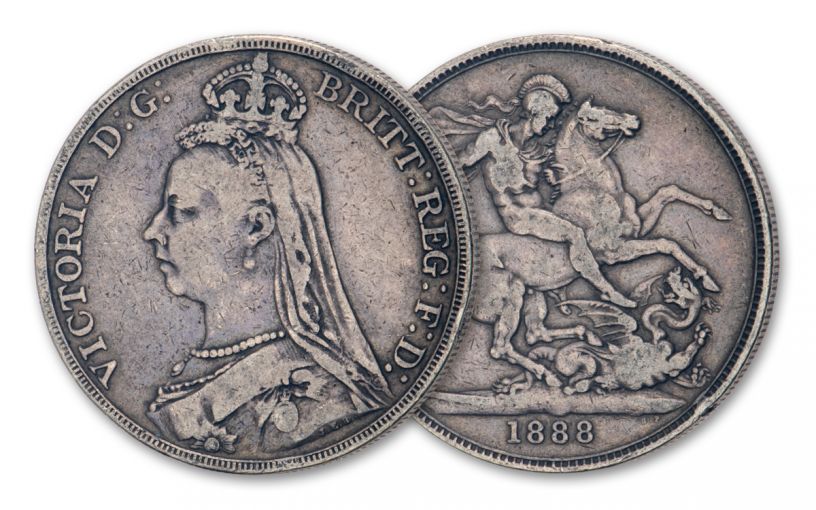 Availability: Available for Order
This item will ship 06/04/21
Item #
355046
Add to Wish List Add to Wish List Wishlist is for registered customers. Please login or create an account to continue. Add to Compare

Among the Shortest-Lived British Denominations In History

Victoria By the Grace of God

In this offer you can get one of the Silver Crown coins in nice collector grade Very Fine (VF) condition. Each features an obverse design that shows Queen Victoria facing left beneath the inscription VICTORIA DEI GRATIA (Victoria By the grace of God). The coin’s reverse shows four crowned shields bearing the emblems of England, Scotland, and Ireland.

With the popularity of the British television series Victoria starring Jenna Coleman capturing fans both in the United Kingdom and across the pond here in America, these authentic pieces of Victorian Era history are sure to be coveted by viewers, coin collectors and historians alike. Own your own piece of the Victorian Era was this fabulous short-lived Silver Crown. Click it to your cart today!

The Golden Age of the Victoria Era comes to live in gleaming silver thanks to these Queen Victoria Jubilee Crown coins. Add one to your collection where you and your family can treasure it for years to come!