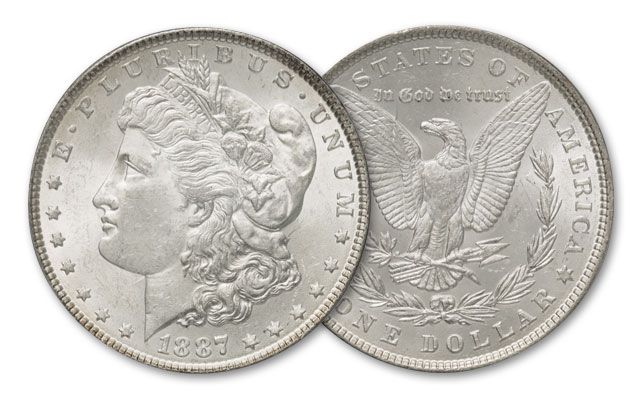 Availability: In Stock
This item will ship within 2 business days.
Item #
222055
Add to Wish List Add to Wish List Wishlist is for registered customers. Please login or create an account to continue. Add to Compare

Masterpiece From the "Mother Mint"

It was just before the dawn of the 20th century, and Buffalo Bill's Wild West Show was opening in London. "Punxsutawney Phil" was making his first formal Groundhog Day debut when these silver beauties were turned loose from the Philadelphia Mint - or the "Mother Mint." Struck in 1887, each of these U.S. Morgan Silver Dollars is in Brilliant Uncirculated condition. Perfect for any set of Silver Dollars.