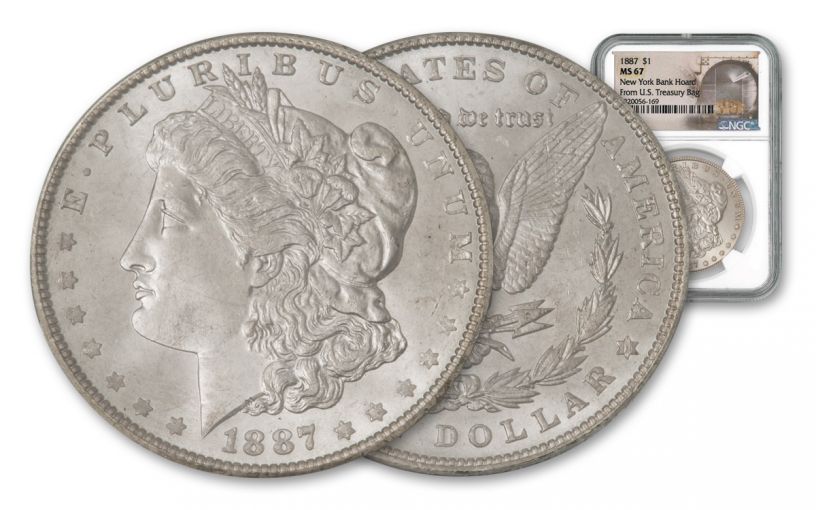 Availability: In Stock
This item will ship within 2 business days.
Item #
337652
CC Payments as low as
$748.75 / month
Add to Wish List Add to Wish List Wishlist is for registered customers. Please login or create an account to continue. Add to Compare

Now you can own a piece of this incredible New York Bank Hoard – the last of the Treasury Hoard bags of Morgan Silver Dollars – with this incredible 1887-dated Morgan Silver Dollar struck at the fabled “Mother Mint “ – the Philadelphia Mint. Not only has it been graded by the Numismatic Guaranty Corporation (NGC) and sealed in a protective coin capsule with a special pedigreed label certifying that it hails from the famous New York Bank Hoard of U.S. Treasury Hoard Morgan Silver Dollars, but NGC has given it an extremely high grade. The grade? Mint State-67 (MS67) condition, meaning it is sharply struck with only a few imperfections! Out of more than 197,000 total submissions, NGC has graded only 355 coins in MS67 – and only 82 feature the New York Bank Hoard pedigree.