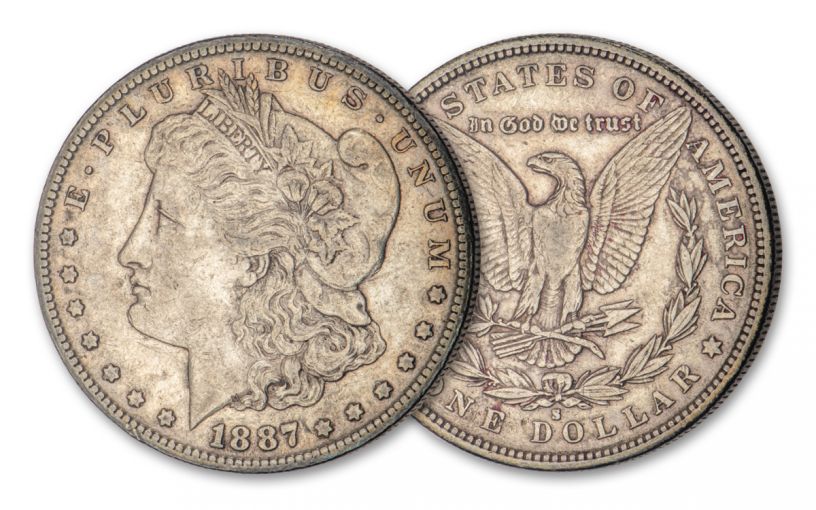 Availability: In Stock
This item will ship within 2 business days.
Item #
260986
Add to Wish List Add to Wish List Wishlist is for registered customers. Please login or create an account to continue. Add to Compare

In 1887, the Philadelphia Mint struck more than 20 million Morgan Silver Dollars. The New Orleans Mint Struck 11.55 million. But the San Francisco Mint – kown by collectors as striking some of the most beautiful Morgans of all time – struck less than 1.8 million. That makes this coin one of the lucky 5% of 1887 Morgans to bear the “S” mint mark. Often, a small mintage can mean a hefty price tag, but this excellent key-date 1887-S Morgan offers you the chance to own an example in Extremely Fine (XF) condition without breaking the bank!