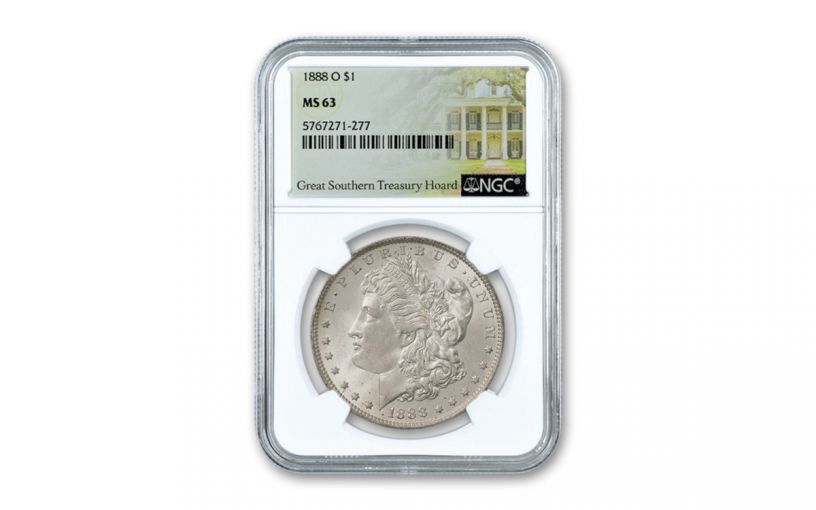 Availability: Out of Stock
This item is currently Out of Stock. Please sign up to be notified if this product becomes available.
Item #
355019
Add to Wish List Add to Wish List Wishlist is for registered customers. Please login or create an account to continue. Add to Compare

When this man passed away recently, his family decided to honor his legacy by making these coins available to an eager public. Now you can own a piece of the incredible Great Southern Treasury Hoard with this key-date 1888-O Morgan Silver Dollar. Not only has this coin been graded by the Numismatic Guaranty Corporation (NGC) as being in stunning Choice Uncirculated Mint State-63 (MS63) condition, but NGC has also sealed it in a protective coin capsule and added a special pedigreed label certifying that it hails from the famous Great Southern Treasury Hoard.

Get a piece of the Great Southern Treasury Hoard of Morgan Silver Dollars from the original U.S. Treasury Hoard with this 1888-O Morgan in high-grade Mint State-63 condition and pedigreed by NGC as being from this amazing hoard!