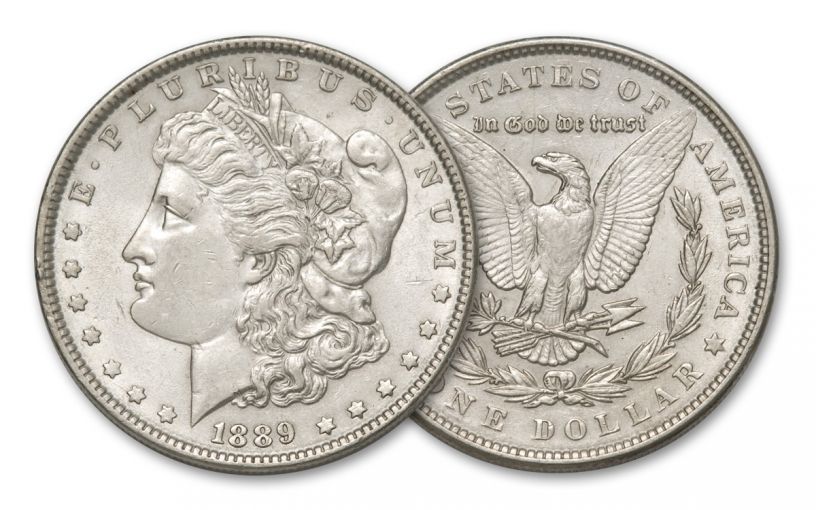 Availability: In Stock
This item will ship within 2 business days.
Item #
221823
Add to Wish List Add to Wish List Wishlist is for registered customers. Please login or create an account to continue. Add to Compare

Morgan Silver Dollars are one of the most popular collector coins in the U.S. Folks love their hefty size and 90% silver content. They also love collecting them by date. In 1889, the Philadelphia Mint churned out 22 million Morgan Silver Dollars. If you could have told someone back then that someday they'd be hard to find, they wouldn't have believed you. But, what they didn't know, was that as many as 350 million Morgans would be melted to get their precious silver. And, they're still being melted today. Those from the Mother Mint in 1889 were not and are not being spared. Luckily, we managed to find a small supply to offer you. Get as many as you can!