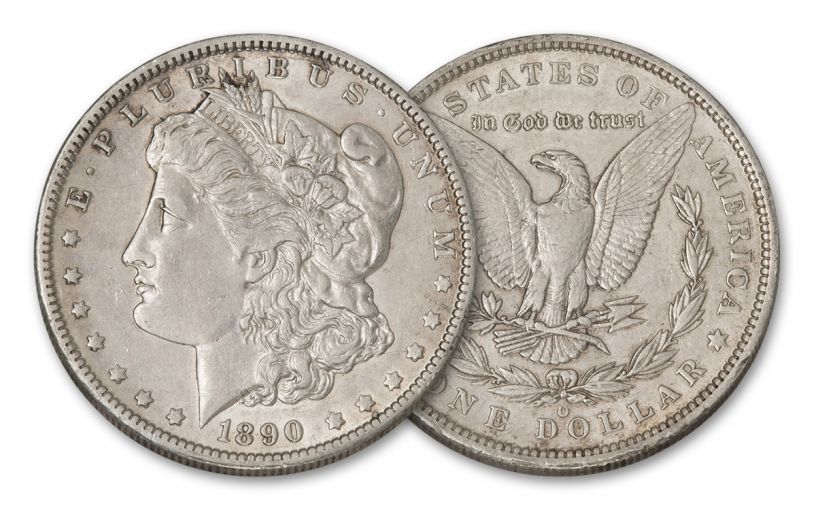 Availability: In Stock
This item will ship within 2 business days.
Item #
223746
Add to Wish List Add to Wish List Wishlist is for registered customers. Please login or create an account to continue. Add to Compare

Each of these 1890 Morgans was struck at the New Orleans Mint, the only U.S. Mint to be governed by three separate bodies -- the United States of America, the State of Louisiana and the Confederate States of America. Each comes graded in Extremely Fine (XF) condition, meaning they actually changed hands in commerce! Own a piece of New Orleans history and add one or more of these 1890 Morgans to your collection today!