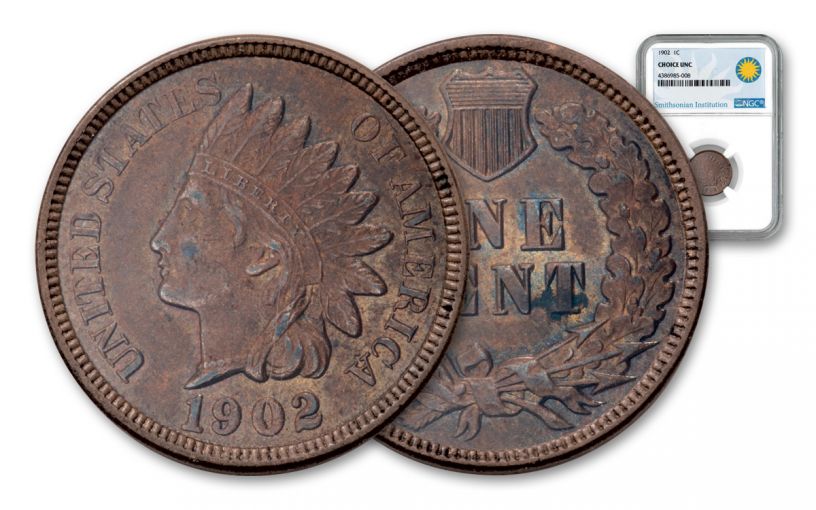 Availability: Out of Stock
This item is currently Out of Stock. Please sign up to be notified if this product becomes available.
Item #
345342

Before the Lincoln Cent became the longest-running series at the U.S. Mint, there was the Indian Head Cent, depicting Lady Liberty wearing a Native American headdress on the obverse. A popular story about the coin’s design claims that when a delegation of Indian chiefs visited Mint Engraver James Barton Longacre in Philadelphia, one was so taken by the red hair of Longacre’s 12-year-old daughter, Sarah, that he let her try on his headdress. Later, Longacre used the quick sketch he made of his daughter wearing the headdress as the model for the one-cent coin he was designing.

Whether the story is true or not – and Longacre family oral history claims in no uncertain terms that it IS true – the Indian Head Cent proved to be an immensely popular coin before, during and after the Civil War. Struck for 50 years between 1859 and 1909, these coins would go on to become the inspiration for many a young collector growing up around the Turn of the Century and beyond.

We’ve recently located a number of these coins dated between 1892 and 1908 each graded by the Numismatic Guaranty Corporation (NGC) as being in Choice Brilliant Uncirculated (Ch BU) condition. In addition, each comes sealed by NGC with a Smithsonian® Classics label, denoting their exceptional quality. These coins are most often found in circulated condition, and only 78 are left in our vault. Dates will vary. Hurry and secure yours now!