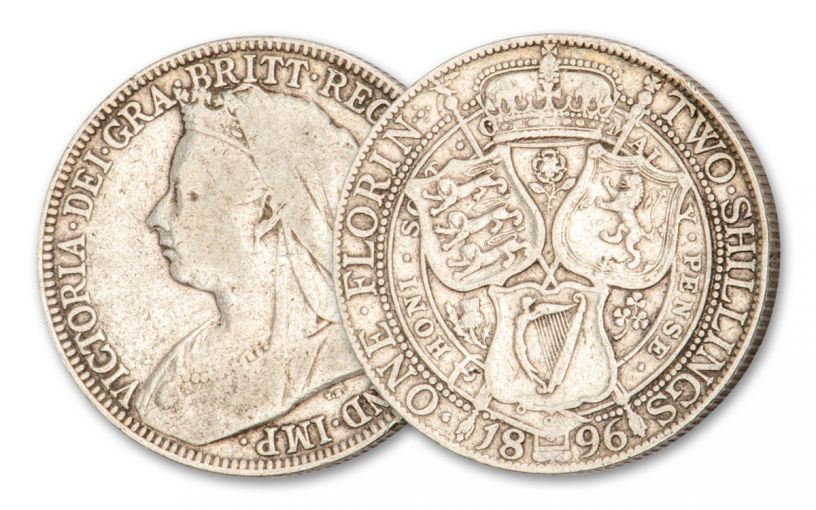 Availability: In Stock
This item will ship within 2 business days.
Item #
365489
Add to Wish List Add to Wish List Wishlist is for registered customers. Please login or create an account to continue. Add to Compare

When Great Britain’s Queen Victoria ascended to the throne in 1837, one of the first predicaments the 18-year-old monarch faced was finding a suitable husband. That crisis was solved just three years later when she married prince Albert. They proved to be a good match, having nine children together before Albert unexpectedly died in 1861 at the age of 42. Though it would be several years later, Albert’s untimely death would have a major impact on the coins bearing the image of his wife.

Throughout her long 63-year reign — one of the longest reigns in European History — Victoria appeared on the nation’s coins. By the time she passed away in 1901, several different effigies of her profile adorned coins across the British Empire. This version is the third and last of these effigies. Struck from 1893 to 1901, this effigy depicts Victoria wearing a veil. Nicknamed the “Widow Head” design, it reflects the fact that Victoria mourned the death of her beloved Albert until the day she died. His death sent Victoria into a deep depression, and she stayed in seclusion for many years. She rarely appeared in public and dressed in black for the remaining forty years of her life.

Struck in highly pure 92.5% Sterling silver, each coin available here comes graded in Fine to Very Fine (F–VF) condition. Due to the popularity of these coins, they can be hard to find in any quantity, but we recently lucked out! This coin is interesting as it features two denominations on the reverse — 1 Florin and 2 Shillings (the value of these denominations is the same). Get yours now in Fine to Very Fine (F–VF) condition. Date varies.