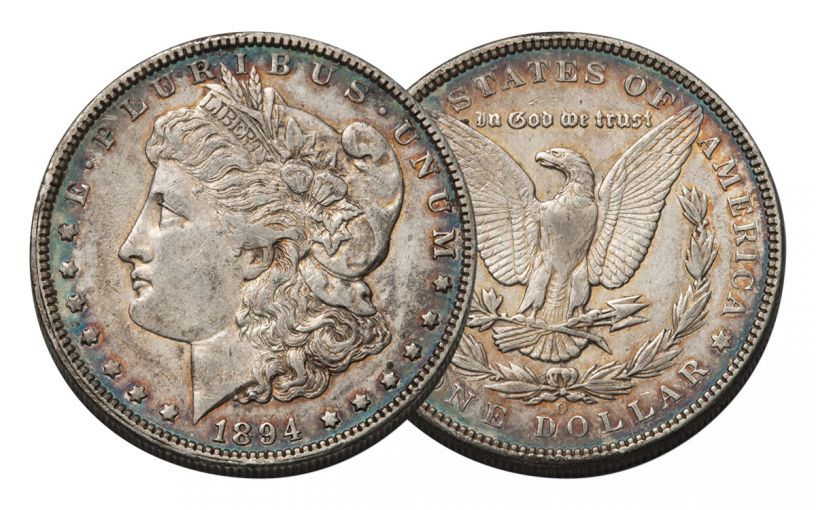 Availability: Out of Stock
This item is currently Out of Stock. Please sign up to be notified if this product becomes available.
Item #
239820
Add to Wish List Add to Wish List Wishlist is for registered customers. Please login or create an account to continue. Add to Compare

The economic crisis known as the “Panic of 1893” greatly reduced the number of Morgan Silver Dollars struck the following year. From all the mint branches combined, just over three million were struck (by contrast, the largest number ever struck in a single year was more than 44 million!). This 1894-O Morgan Silver Dollar comes from the third-lowest mintage of any New Orleans Morgan, making it highly collectible. In addition, its Extremely Fine (XF) grade is as pleasing to the eyes as it is affordable. No one knows how few of these low-mintage 1894 New Orleans Morgans still exist, as most have been lost to time and the melting pots. Don’t miss out!

Here’s your chance to secure a key-date Morgan – the 1894-O Morgan Silver Dollar in nice Extremely Fine condition! Don’t delay; add it to your cart today!