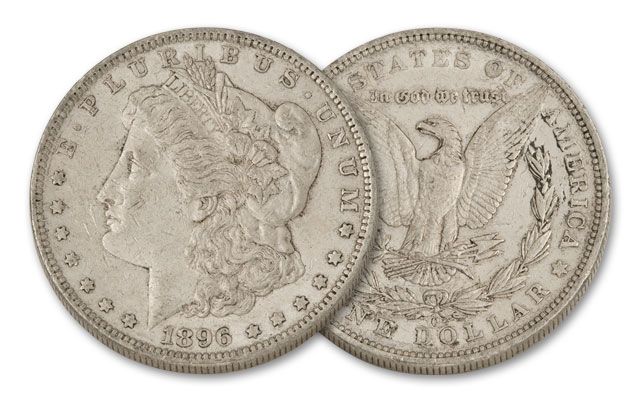 Availability: In Stock
Discontinued Product
Item #
260985
Add to Wish List Add to Wish List Wishlist is for registered customers. Please login or create an account to continue. Add to Compare

This 1896-O Morgan Silver Dollar is among the more scarce issues in the entire series. Morgan Silver Dollars were struck in massive quantities from 1878-1921, but through mass meltings and the ravages of time, it is estimated that only 15% remain for avid collectors in any condition. The Pittman Act of 1918 was enacted by the U.S. Government, and then 270 million Morgan Silver Dollars - nearly half of the entire mintage - met their fate in the melting pots. In addition, many more have been worn down in circulation. Only 4.9 Million Morgans were struck at New Orleans in 1896, and because the country was mired in a depression, most were released into circulation and worn down in commerce.

This coin is in lightly circulated Extremely Fine (XF) collector condition. All the details are still vividly discernable and only minor wear is seen on the high points. Call now!