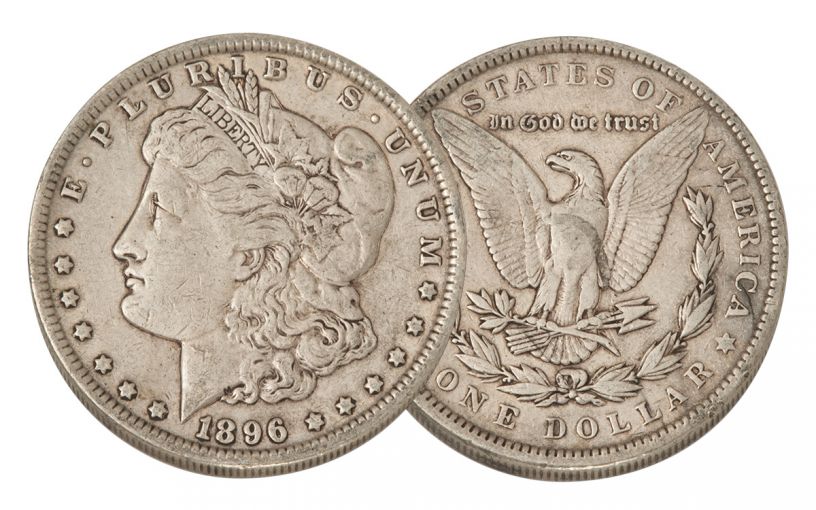 Availability: Out of Stock
This item is currently Out of Stock. Please sign up to be notified if this product becomes available.
Item #
302518
Add to Wish List Add to Wish List Wishlist is for registered customers. Please login or create an account to continue. Add to Compare

The last quarter of the 19th century was the heyday of the Morgan Silver Dollar. Hundreds of millions were struck before 1900. This example was struck at the "Mother Mint" in Philadelphia in 1896. Even though nearly 10 million silver dollars were struck there that year, the ravages of time and countless silver dollar melts since it was minted have taken their toll. It's hefty nearly one ounce of silver weight and classic design make it highly coveted among collectors. All things considered, it’s remarkably affordable today. Here’s your chance to add it to your Morgan Silver Dollar collection.