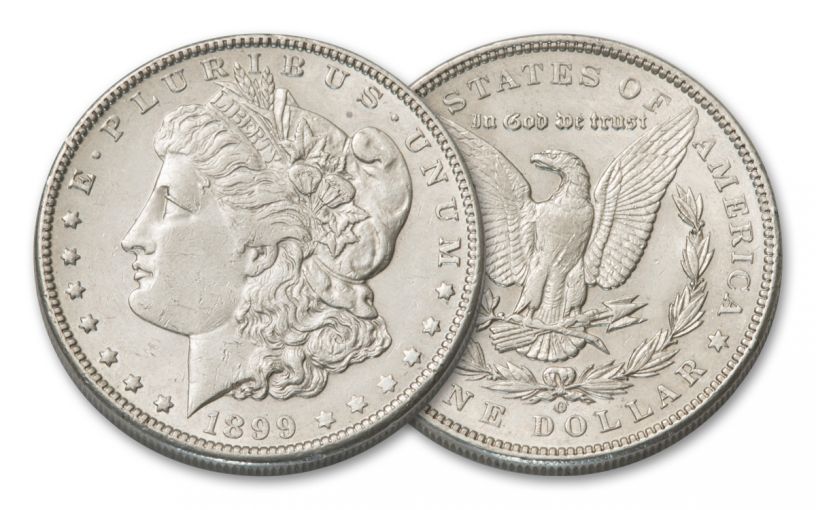 Availability: Out of Stock
This item is currently Out of Stock. Please sign up to be notified if this product becomes available.
Item #
302635
Add to Wish List Add to Wish List Wishlist is for registered customers. Please login or create an account to continue. Add to Compare

This Morgan Silver Dollar was struck at the "Big Easy" Mint in 1899. This is the last Morgan from New Orleans dated in the 1800s. More than twelve million were struck, but the ravages of time and growing collector interest make this coin harder to find as time passes. The New Orleans Mint was opened following heated congressional debate between Northern and Southern politicians over the financial independence of the South. Previous to this, the South relied on the Philadelphia Mint in the North to produce much of its coinage. Secure your 1899 New Orleans Morgan Dollar now while they're available.