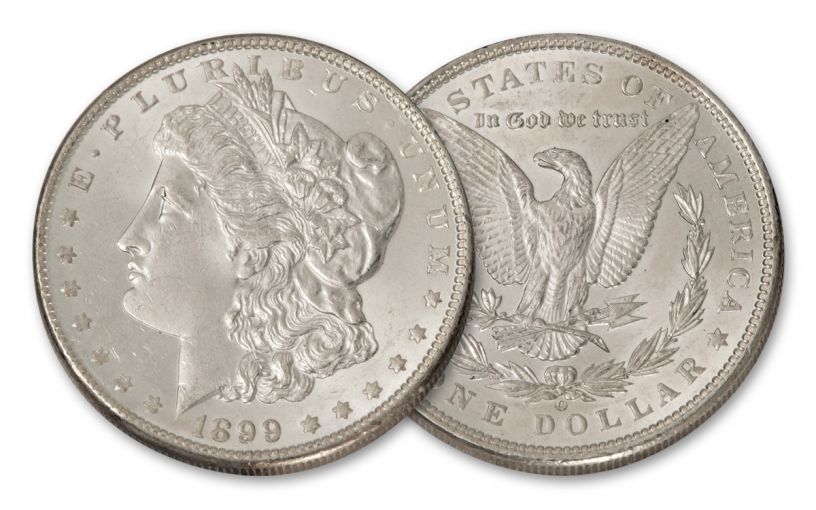 Availability: In Stock
This item will ship within 2 business days.
Item #
222059
Add to Wish List Add to Wish List Wishlist is for registered customers. Please login or create an account to continue. Add to Compare

So, Congress passed the Bland-Allison Act in 1878, over the veto of President Rutherford Hayes. The law required the U.S. Mint to buy several million dollars worth of silver every month and strike it into Silver Dollars. Mint engraver Charles Morgan designed the new dollar coin. It came to be known as the Morgan Silver Dollar. From 1878 to 1904, and then again in 1921, millions of Morgan Dollars were minted at several mints around the country. The Philadelphia Mint usually struck the largest number of silver dollars, largely due to the fact that it was at the center of the nation's population during this time. Over the years, the quality of their product varied. Sometimes it was excellent, sometimes not so good.