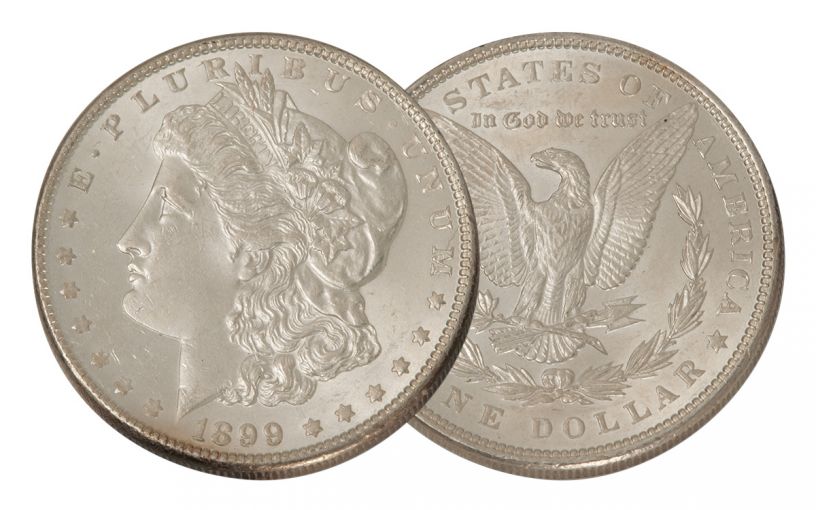 Availability: In Stock
This item will ship within 2 business days.
Item #
302655
CC Payments as low as
$175.00 / month
Add to Wish List Add to Wish List Wishlist is for registered customers. Please login or create an account to continue. Add to Compare

The last quarter of the 19th century was the heyday of the Morgan Silver Dollar. Hundreds of millions were struck before 1900. And the very last Morgan of the 1800s is this one dated 1899 and struck at the Philadelphia Mint. It has the second lowest mintage of all Morgans -- only 330,000. All things considered, it’s remarkably affordable today. Here’s your chance to add a great prize to your Morgan Silver Dollar collection. But hurry, it won’t last!