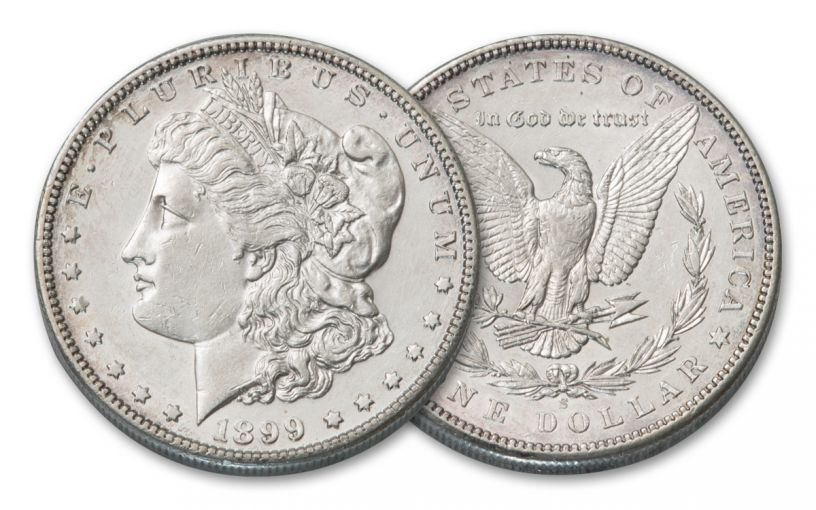 Availability: In Stock
This item will ship within 2 business days.
Item #
302638
Review this product
CC Payments as low as
$99.98 / month
Add to Wish List Add to Wish List Wishlist is for registered customers. Please login or create an account to continue. Add to Compare
Complete your collection with one of these:
Related Articles
Product Description

You might think a Morgan Silver Dollar with over 2.5 million minted might be easy to find today, but that's not true for the 1899-S. Today the 1899 San Francisco Morgan Silver Dollar is harder to find than many San Francisco-minted Morgans from other years. This could be because many were immediately released into circulation. Don't wait -- secure this superb example before it disappears!