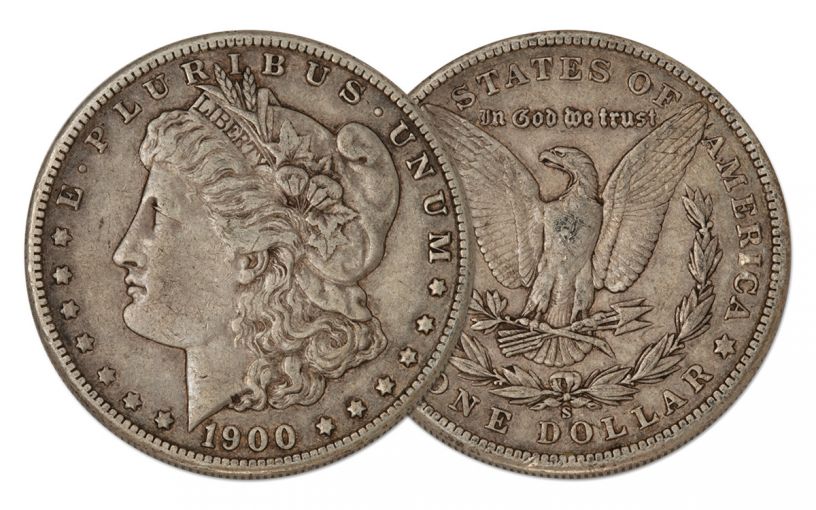 Availability: In Stock
This item will ship within 2 business days.
Item #
261868
Add to Wish List Add to Wish List Wishlist is for registered customers. Please login or create an account to continue. Add to Compare

The Morgan Silver Dollar is one of the most collected vintage Silver Dollars in the world, and the San Francisco Mint struck Morgans for every year of the series, making coins with the “S” mint mark the preferred option of many collectors. In the case of the turn-of-the-century 1900-S Morgan, it also represents the lowest population from any mint that year. More than 24 million Morgans were struck that year, but only 14% came from San Francisco! Take home the first Silver Dollar of the 20th Century and secure yours now in Extremely Fine (XF) condition. It’s a wonderful, affordable way to fill a very important hole in your Morgan collection!

Here’s your chance to secure a key-date Morgan – the 1900-S Morgan Silver Dollar in nice Extremely Fine condition! Don’t delay; add it to your cart today!