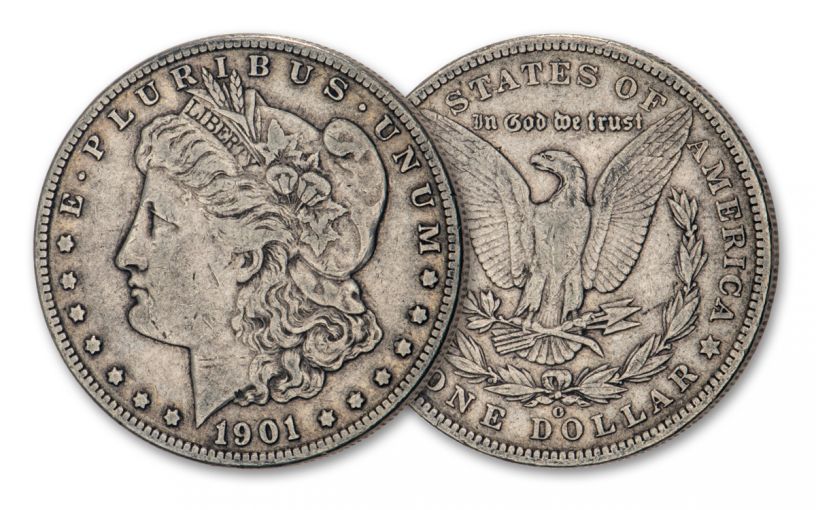 Availability: Out of Stock
This item is currently Out of Stock. Please sign up to be notified if this product becomes available.
Item #
354789
Add to Wish List Add to Wish List Wishlist is for registered customers. Please login or create an account to continue. Add to Compare

1901 was not only a year full of hope, with the new century just getting started, but also one of great loss. That’s because on September 14 of that year President William McKinley died from wounds received by an assassin’s bullets during a public reception held a week earlier in Buffalo, New York.

For a time, the nation’s spirit was crushed. Doctors at the time painted a rosy picture of McKinley’s recovery in the week leading up to his death so when Americans picked up their morning papers and read the shocking news they were devastated. Vice President Teddy Roosevelt dutifully took the oath of office and became our 26th president and helped guide the nation through its period of mourning.

On the fateful day that McKinley was shot and in the days that followed, one of the coins that lined the pockets of millions of Americans as they met to discuss the tragic events and ruminate on the motives of the President’s assassin was this Morgan Silver Dollar. Struck at the New Orleans Mint, this 1901-dated Morgan holds a special significance for being issued during the year when McKinley became the third president of the United States to be assassinated.

Now, you can secure this historic Morgan Silver Dollar in Very Fine (VF) condition. Struck more than a century ago during Turn-of-the-Century America, it’s a tangible piece of history from one of the darkest days in one of America’s brightest eras.

The assassination of President William McKinley shocked the nation in 1901. Now you can get Morgan Silver Dollar struck at the New Orleans Mint from that same year. Order yours today!