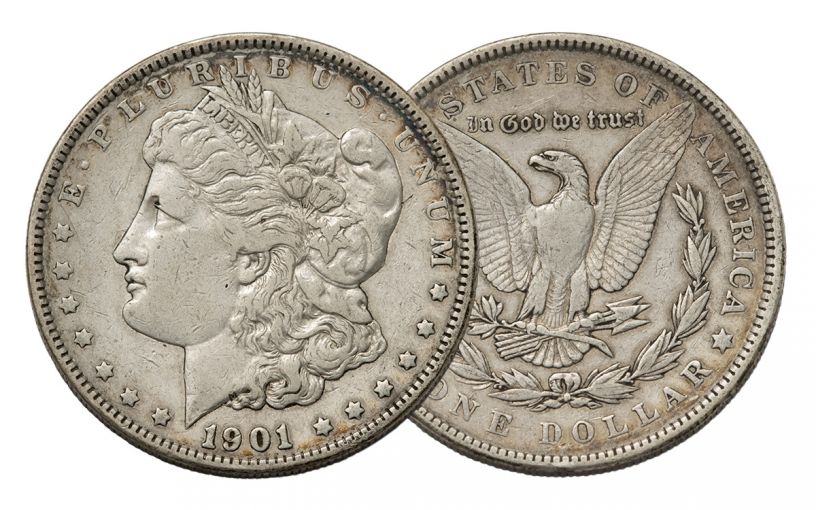 Availability: In Stock
This item will ship within 2 business days.
Item #
261852
Add to Wish List Add to Wish List Wishlist is for registered customers. Please login or create an account to continue. Add to Compare

Some Morgan Silver Dollars are much harder to find than others. The 1901 Morgan from Philadelphia is one of the five toughest dates in the series. Why? Well, nearly all were released into circulation where they wore down in commerce. Very few of these coins have survived in grades above Fine. Fortunately, we've found a selection of these Morgans in Very Fine condition, showing much of the hair lines from the top of the forehead to Miss Liberty's ear. Don’t miss this opportunity to get yours -- they may not come around again!