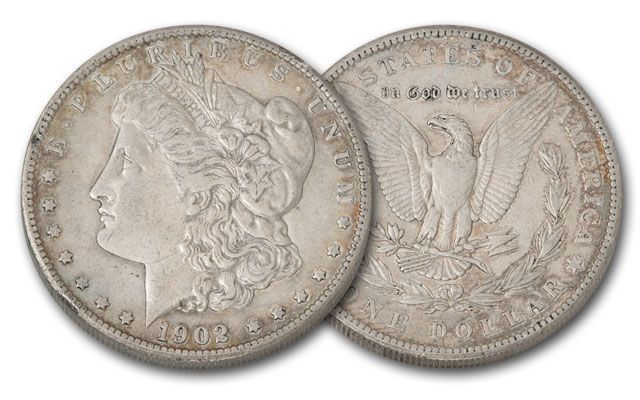 Availability: In Stock
This item will ship within 2 business days.
Item #
223491
Add to Wish List Add to Wish List Wishlist is for registered customers. Please login or create an account to continue. Add to Compare

One of the most elusive of all Philadelphia Morgan Dollars is the Silver Dollar struck in 1902. It's one of the last Morgan dates struck in Philadelphia. By 1902, the mint was scaling back its production of Morgan Silver Dollars, and this 1902 is the second to last year in the first run of Morgans, which ended in 1904. Today the 1902-P Silver Dollar is extremely hard to find, especially in Extremely Fine (XF) condition like the coin you can secure here. This could be because most if not all were immediately released into circulation. We sell thousands of Morgan Silver Dollars every year, but this 1902-P in XF condition is not easy to find, even for us. Don't wait. Call to secure this superb example before it disappears!