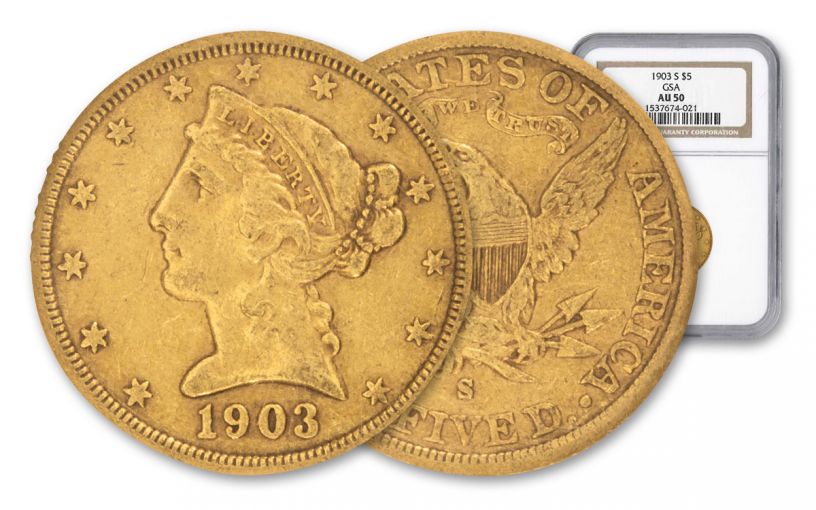 Availability: Out of Stock
This item is currently Out of Stock. Please sign up to be notified if this product becomes available.
Item #
331961
Add to Wish List Add to Wish List Wishlist is for registered customers. Please login or create an account to continue. Add to Compare
Product Description

In 1934, the United States government passed the Gold Reserve Act. The purpose of the act was to protect the currency system of the United States by providing a better use of the country’s monetary gold stock. This was the height of the Great Depression, and what the Act really did was outlaw most private possession of gold. By law, it forced people to sell their gold coins to the U.S. Treasury, after which most of it was stored at the U.S. Bullion Depository at Fort Knox.

Now, more than 80 years later, you can buy back some of this gold that has been hoarded by the government. The gold coins we have obtained were secured from the General Services Administration (GSA) and, like the silver dollars sales between 1972 and 1980, the coins we have represent surplus government property that the GSA was responsible for selling. Unlike the famous Morgan Silver Dollars sold off in the 1970s, however, the gold coins that were made available came not from uncirculated mint bags, but from coins confiscated in criminal cases or from the gold coins the government bought back in the 1930s. These were coins that had been in the hands of the public and had circulated to some degree. Each coin we have has been sealed into a GSA holder and graded by Numismatic Guaranty Corporation (NGC).

In this offer you can obtain a 1903 $5 Gold Liberty struck at the San Francisco Mint. Struck from 1839 to 1908, the $5 Liberty Half Eagle was regarded as the workhorse of America’s gold coins throughout its years of service. Small enough to use in larger transactions, they circulated widely and were often preferred over paper currency. It’s difficult to find these coins in higher grades, however your coin has been graded by NGC to be in About Uncirculated 50 (AU50) condition showing only slight wear on the highest points of the design and full details.

Collectors love American gold coins, and the unique design and history behind the 1903-S $5 Gold Liberty makes this coin even more desirable. Get yours today!